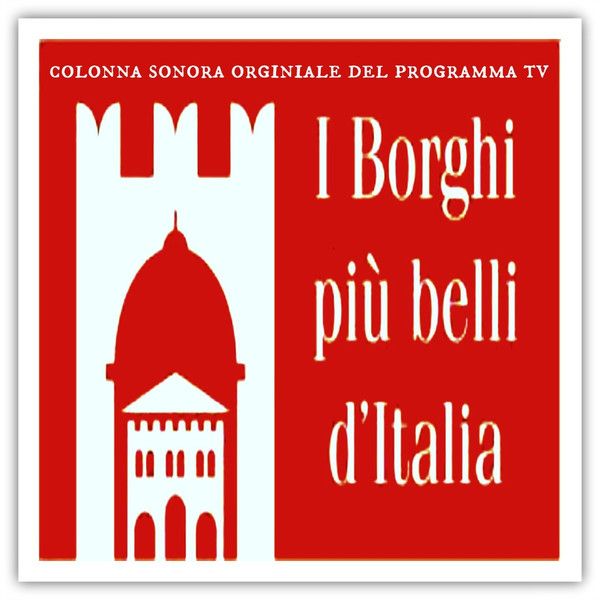 Montemerano is my neighbour. It’s a gorgeous town about 10 minutes from my home and it’s just been nominated as one of Italy’s most beautiful villages.

I am not just using this loaded phrase gratuitously. There is an Italian association called the Borgi più belli d’Italia. They’re a bit like the Michelin guide. Every year or so, they release a guidebook with Italy’s most beautiful small towns.

These places have to be small, preferably under-appreciated, and absolutely breathtaking. They have to offer the whole package from beautiful sights to great history, dishes and local products.

There are 217 towns at the moment and each receives a bunch of great perks along with the recognition.

Currently only three Maremman towns can officially consider themselves among Italy’s most beautiful.

The first is a no brainer. It’s: 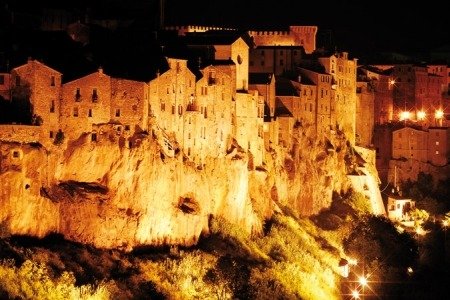 Pitigliano is the most enchanting town in the Maremma. I wouldn’t necessarily say it was a small or under-appreciated destination. It’s up there with Tuscany’s top attractions, but I agree with the association that it is unmissable.

A lot of love for Pitigliano comes from its Jewish heritage. The town has been nicknamed Piccola Gerusalemme (Little Jerusalem). During the Renaissance, it was home to a huge Jewish community.

Their ghetto (sounds horrible, I know) has been transformed into an open air museum. Inside, you can explore the bakery, butcher and ritual baths that were carved directly into the soft tufa rock that surrounds Pitigliano.

Because you have to be the whole package to be nominated as one of Italy’s most beautiful villages, Pitigliano also gets a nod for its sfratto, a crunchy ainseed biscuit with a soft filling of nuts and honey. The biscuit is the symbol of the town’s Goym or Jewish-Italian fusion cooking.

Some love is also given to Pitigliano’s signature wine, the Bianco di Pitigliano DOC, which is available in every cellar and served up at the fantastic Festa delle Cantine festival in September. 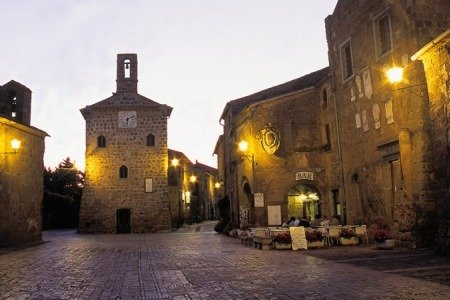 Sovana and Pitigliano are within kilometres of each other. They make up two out of three of the Maremma’s Città del Tufo. In other words, this is a corner of the Maremma you simply can’t miss.

Sovana is pretty much uninhabited. At last count, its population numbered around 20. That sounds really sad, but it’s actually a plus for tourists.

The town experienced its glory in the Middle Ages when it was a haven for artisans. Pope Gregory VII was born here and left the town with an incredible religious patrimony in the form of a Gothic cathedral.

In later centuries, Sovana was abandoned – mostly because of the malaria that was everywhere.

Today the town is a beautiful, vibrant and almost perfect replica of its Renaissance past. So little has been touched or renovated, that you feel like you’re on a movie set.

Sovana is also within walking distance of the Maremma’s most incredible Etruscan-era necropolis. 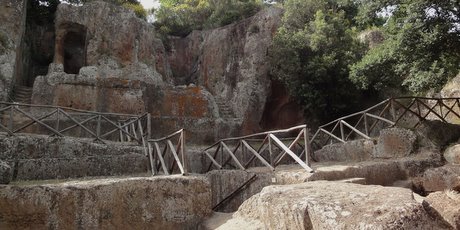 As for gastronomy, the town stands out with the Sovana DOC wine and buglione di agnello  (lamb stew). 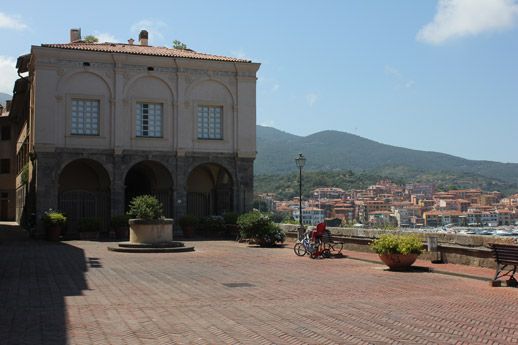 I wouldn’t have thought Porto Ercole had enough charm to associate with Italy’s most beautiful villages.

Don’t get me wrong. Porto Ercole is a beautiful seaside town, but it doesn’t have anything aesthetically more appealing than say Porto Santo Stefano or the rest of the Argentario Coast.

The most spectacular point of the town is Piazza Santa Barbara. The view of the coastline from here is breathtaking.

I do agree with their assessment of Porto Ercole’s food. The town has some of the best seaside dishes from zuppa di sarde e patate (sardine and potato soup) to triglia rossa in guazzetto (red mullet stew).