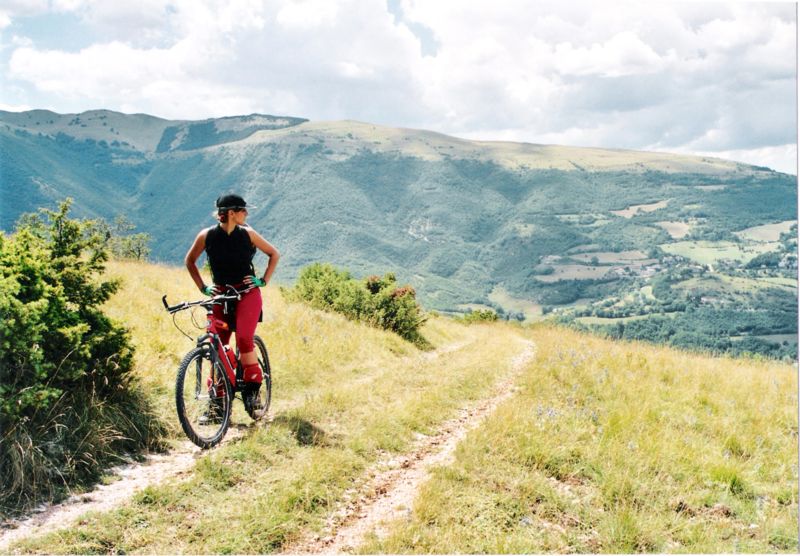 Cycling in the Maremma and Mountain Bike Excursions

The Maremma is ridiculously popular with cyclists. It doesn’t matter what season you visit, you’ll see them pumping their way up and down the hills in the region at all hours of the day and night.

I think they’re so fond of the Maremma because the landscape presents all sorts of challenges. Depending on where you choose to bike, you can encounter anything from forests so thick you can hardly pass through to hills high enough to give you vertigo.

But what you won’t find is traffic, pollution and crowds. It’s what appeals to the cyclists the most, I think. It’s the promise of peace and the beauty of being alone with your thoughts as you speed through the countryside.

But like its name suggests, it’s a grand tour of the Maremma. It passes through all the major centres: Grosseto, Manciano, Massa Marittima, Castiglione della Pescaia and Pitigliano.

Follow it and you get to see a side of the Maremma most tourists don’t. And I’m not just talking about the natural beauty. This bike route passes through a lot of smaller, more country towns, so you get to experience a real taste of Tuscan life along with all the tourist hot spots.

That’s probably why all the cyclists I know love it. When they do decide to attempt the itinerary, they set themselves a minimum number of ks to cover each day, book agriturismi in all the places they’re going to stop overnight and soak up the Maremma in the most organic way possible.

You have to train pretty hard to complete it, but it’s worth the effort I say, especially if you’re itching to see the Maremma completely natural and wild.

Most agriturismi have mountain bikes to rent or can organise to get one for you if you ask ahead of time.

If you’re staying somewhere that doesn’t have a bike facility then the best place to go is your closest tourist information centre. Cycling is such a big thing in the Maremma that all tourist centres have a list of rental companies.

If you don’t want to go it alone using the APT tool above, the tourist centre can also help you find and organise a guided mountain bike tour.

Some companies I recommend for bike rentals and tours are:

Follonica bike excursions: This company organises both bike rentals and guided bike tours. You have to book at least 12 hours beforehand though, but I really like them because they’re all about sustainable travel and environmental conservation.

Maremma in bicicletta: This company covers mountain biking in Castiglione della Pescaia and the rest of the Maremma, but stands out because it specialises in tours in the Parco della Maremma – the Maremma’s biggest nature park, which is effectively cycling mecca.

Maremma in bici: A great company that also does bike rentals and tours but covers all of the Maremma and takes care of pretty much everything for you.

This is a small list of what’s out there, so be sure to check with your tourist centre for more. 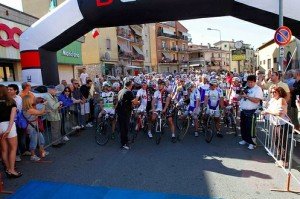 It’s not just the tourists that seem to enjoy touring the Maremma on two wheels. The region also has a number of competitions open to amateur and professional cyclists alike.

The four biggest are:

Pitigliano’s Fondo della Città del Tufo, which is held on the first weekend of May. This tour winds through the Vie Cave (the ancient Etruscan super highways) and modern Pitigliano. The route that’s open to non professionals is 65km and has a low difficulty level. It costs €30 to compete and you can sign up on the day or beforehand. For more information, visit the official website.

Argentario’s Gran Fondo Mountain Bike, which is held in late March to mid April depending on the weather. This is a nice and easy tour through the Monte Argentario coastline. It’s a good competition for beginners at only 44km long. It costs €30 to compete and you can sign up on the day or beforehand. For more information, visit the official website.

The Gran Fondo Città di Grosseto, which is held on the last weekend of April. This one is massive and covers all of the Provincia di Grosseto. There are three routes, the shortest being a mind boggling 44km, while the longest is 142km. It costs €30 to compete and you can sign up on the day or beforehand. For more information, see the official website.

The Giro della Maremma, which is held on the second last and last weekend of March. This is only open to cyclists who are registered with USIP for the year they’re competing in, but it’s a good one to watch. It has three stages for a total of 206km and goes through Grosseto, Roselle and Castel del Piano. For more information, see the USIP website.