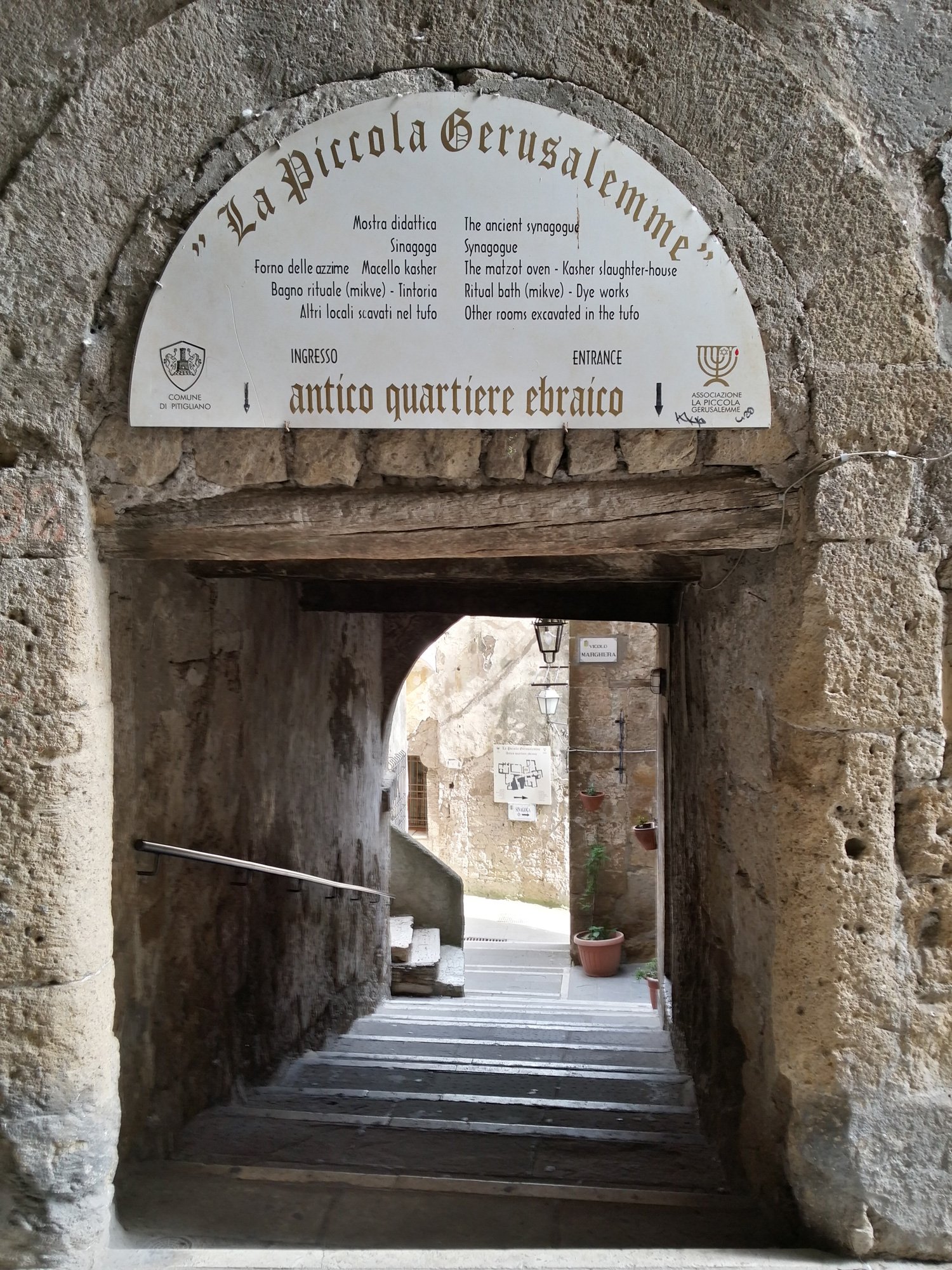 In the 1500s, Italian-Jews took refuge in Pitigliano from the harsh Papal Notes that severely restricted their lives and economic activity.

Here they were able to live more freely and were embraced by locals, who allowed them to start up their own businesses and build a temple in 1598.

When the Medici took over Pitigliano, they realised the economic and commercial importance of the Jewish community and took the exceptional step of improving Jewish rights, allowing them to acquire more and more assets.

As other Jewish communities were threatened or eradicated in the rest of the Maremma, Pitigliano’s community continued to live in peace with the locals.

In the second half of the 18th century, they were given their own representatives in town council and eventually made up 12 per cent of the entire community – earning Pitigliano the nickname Piccola Gerusalemme (Little Jerusalem).

As time passed, Pitigliano become less of a refuge for Jews and more of a permanent home. They built their own library, set up the first ever Italian-Jewish newspaper and continued to open new businesses including a bakery, bath house and kosher wine cellar.

Eventually the remaining members of the Jewish Ghetto relocated into the main streets of Pitigliano or moved to other parts of Italy, but the area wasn’t torn down.

Instead it was maintained as a fascinating reminder of the fond relationship the Jewish community had with the Pitiglianese.

Walking through the tiny winding alleys is a truly inspiring experience. Everything has been beautiful preserved by the locals as a reminder of a community that had such a large influence on their daily lives and culture.