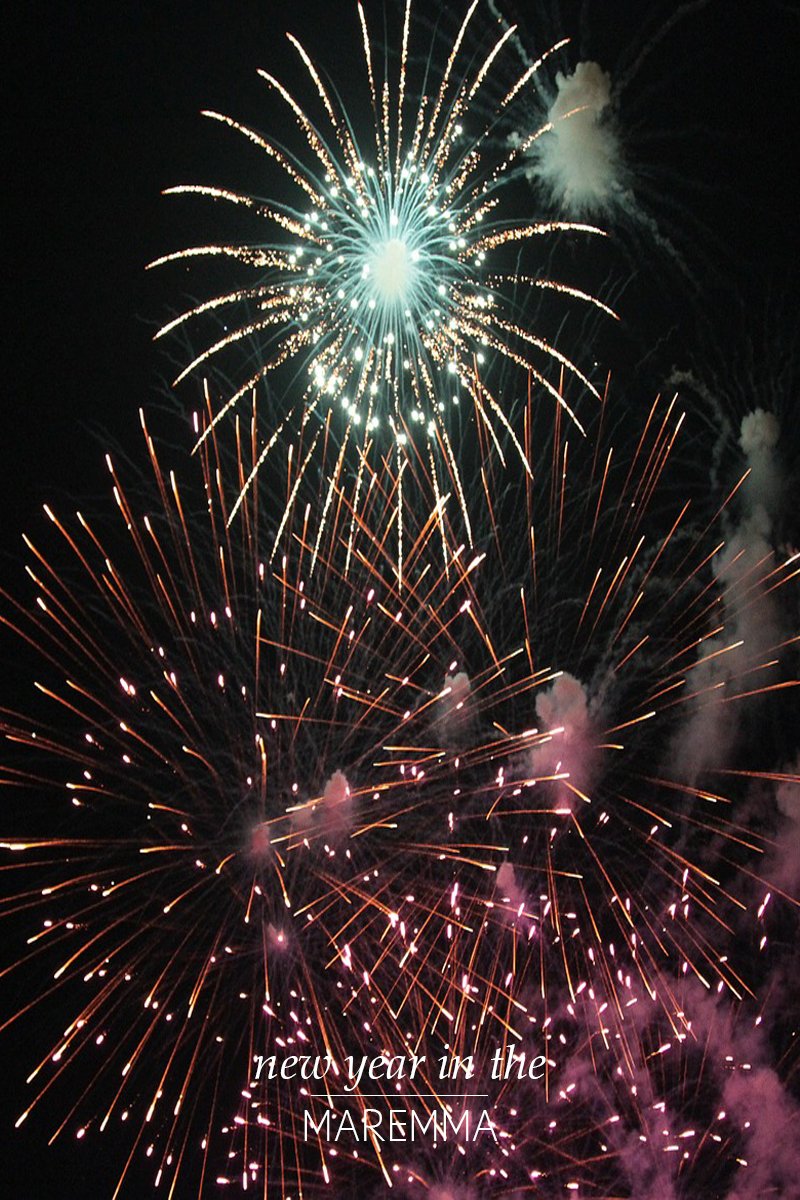 Hopefully you’ve had an awesome Christmas in the Tuscan Maremma, courtesy of my fantastic top 10 unmissable events post… just joking… and now you’re gearing up for an even more enjoyable New Year’s Eve.

But finding something to do on December 31 is always a challenge!

Personally, I can’t resist the urge to party on down. I have never liked dance clubs and have an embarrassingly low tolerance for alcohol, but the end of the year has the most tantalizing siren call for me… and it’s saying pull out that little-too-tight black dress and boogie.

Luckily in Italy you’re considered foolishly young and naive until you’re 45 and ringing in the new year still means drinking excessively and dancing until your feet hurt… it’s pretty fantastic.

(Not that I’m condoning reliving your youth in such a brash and public manner!)

But whether you’re four or 45, there’s plenty to do in the Tuscan Maremma on New Year’s Eve, it all depends on your tastes.

1. Concerto di fino anno, Scansano, 29 December
This is probably the most sophisticated New Year event. It’s a classical music concert in Scansano‘s gorgeous  Teatro Castagnoli from 9pm. You can buy your tickets at the concert hall and enjoy an evening of lovely music from one of Tuscany’s best symphony orchestras.

2. Capodanno in Piazza, Manciano, 31 December
The night begins after 9pm in Manciano‘s Piazza della Rampa with a DJ set and some very daggy dancing. The wine will be flowing and there with some local sweets to nibble on while you wait for midnight. But the pièce de résistance has to be the fireworks. This is one of the few events with fireworks this year, so don’t miss it.

3. Cenone di fine anno, 31 Dec
Porto Ercole never does anything by halves and they’re ringing in 2016 with a very loud and rambunctious event from 8pm. This one isn’t really for the kids as there’ll be champagne, music and free panetone at midnight followed by an orchestra concert.

4. Capodanno in Piazza, Grosseto, 31 Dec
Traditionally, Grosseto has always hosted the most glamorous new year’s events and this year is no exception. Piazza Dante will be buzzing with bridisi (cheers)  and choruses of songs that you should be able to hear all the way around the walled city from 10pm. If I had to pick one event, I’d pick this one because the atmosphere is always so electric and there’s no better way to ring in the new year than with a lot of local company.

5. Capodanno in Piazza, Castel del Piano, 31 Dec
It doesn’t matter where you are in the Maremma on the last day of 2015, you’ll find some sort of party or event. Castel del Piano‘s deserve a special mention however because of its unrivaled hospitality. From 6pm in Piazza Garibaldi, they’ll be handing out free vin brule as they light the very special annual torch. After that, there’s champagne and music in Piazza Madonna from midnight.

And an extra special mention goes to…

1° Bagno dell’Anno 2016, Castiglione della Pescaia, 1 Jan
I couldn’t resist, so if you’re not sleeping off the effects of these new year’s parties, head over to Castglione della Pescaia for the annual first swim of the year from 11.45am. You don’t have to hop in yourself, but I can promise you everyone else does and it’s warming to watch all those people welcome 2013 with a very nippy dip in the Tyrrhenian Sea.