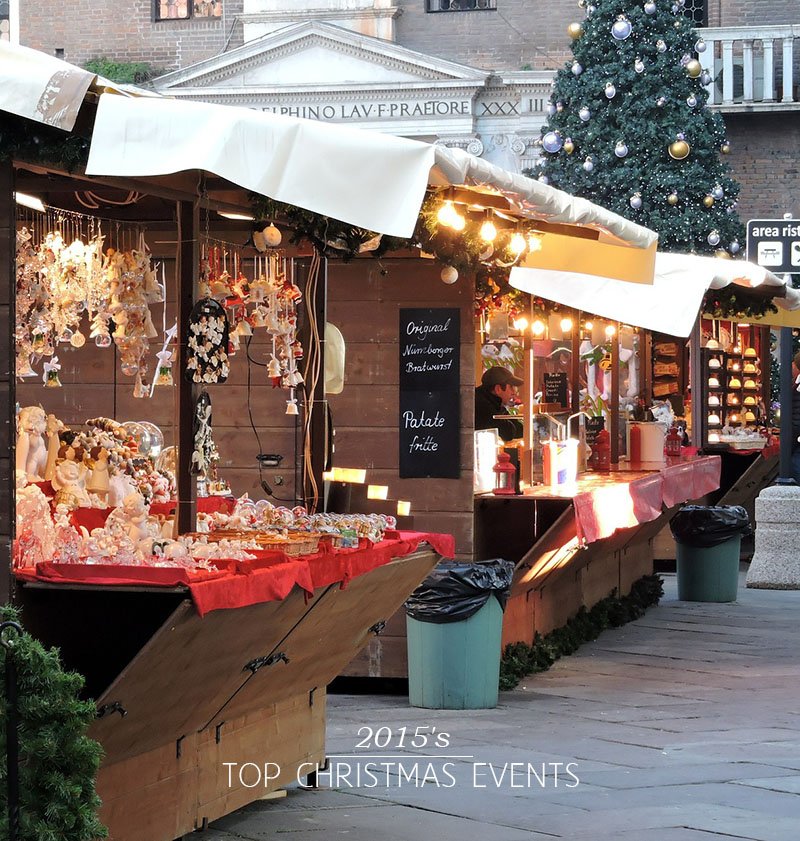 In the Tuscan Maremma, Christmas always means plenty of colour, frivolity and noise, usually all at once and for weekends at a time! To the Maremmani, a Christmas event is more than just an appearance from Santa. It’s a mix of the best culinary, musical and folkloric traditions that make this region so beautiful.

And this region has some of the most charming Christmas traditions and customs. To be part of them is to experience the spirit of provincial Italy before the tourists and the souvenir stands. And that’s not even taking into consideration the glorious, glorious seasonal food!

There are some events that are annual traditions. They appeal to big and little kids alike and are the ones to put on your holiday bucket list.

So here they are:

The top Christmas events in the Maremma Tuscany for 2015:

1. Le Feste di Natale Insieme
Where: Porto Ercole
When: December 21 to January 5
What: A much anticipated cultural event that lights up the entire holiday season with dinners, dancing, holiday games and more.

Where: Montorsaio, Campagnatico
When: December 8 to January 6
What: This small town comes alive with gorgeous little Nativity Scenes hidden in the streets and piazzas. It’s a much loved event and definitely worth a look.

3. Mercatino di Natale
Where: Bagno di Gavorrano
When: December 12-13
What: Probably the best Christmas market around for gifts and trinkets

4. That’s Life, Sinatra tribute
Where: LIGLU theatre, Porto Santo Stefano
When: December 20, 9pm
What: Who doesn’t like a little bit of Sinatra on the holidays?

5. Natale al Aquarium
Where: Massa Marittima
When: December 20, from 4pm
What: An afternoon of children’s games, music and free gifts, handed out by Santa himself at Massa’s aquarium.

6. Corriamo con Gesù bambino
Where: Porto Ercole
When: December 24, midnight
What: Probably one of the Maremma’s most famous Christmas events when some very courageous locals carry a very heavy baby Jesus from the Convento dei Padri Passionisti to the chiesa di S. Stefano. It’s a gorgeous procession.

7. Fiaccole di Natale
Where: Abbadia di San Salvatore
When: December 24, midnight
What: 40 falò (bonfires of 5 meters) are lit and carols are sung. The vigil is accompanied by wine, sweets and local food and wine in the town’s cellars.

8. Il Presepe Vivente
Where: Centro Storico, Castel del Piano
When: December 28, 9pm
What: My absolute favourite Maremman Christmas tradition. A magnificent live Nativity Scene acted out by locals from Castel del Piano. This tradition has been held here for 30 years now and is a must-see.

9. Torneo di Tombola e Panfortata
Where: Palazzo Comunale, Castel del Piano
When: December 29, 9pm
What: Win a bunch of prizes in the bingo competition and then watch the best local panforte get thrown across the tabletop in a bizarre contest where whoever can throw the cake closest to the edge of the table without it falling off wins. Yep, I don’t get why they’d what to chuck such a lovely dessert either…

10. Arriva la Befana
Where: Orbetello
When: January 6
What: Italian children get gifts from both Santa Claus and La Befana, lucky buggers. I love La Befana, she’s so kitsch and sweet for a witch, and she’ll be handing out sweets and treats, before the winner of the annual Christmas window competition is announced at 6pm.