Insider’s guide to Grosseto and a Giveaway!! 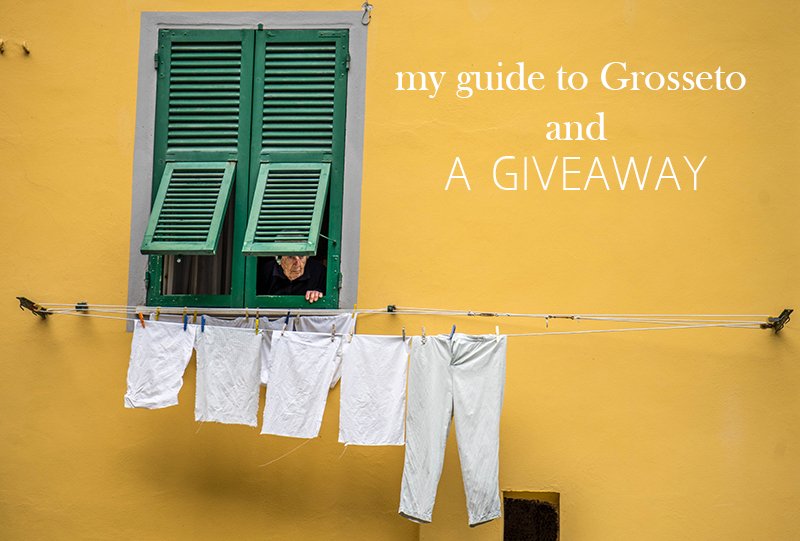 Grosseto was my first taste of Southern Tuscany. My uncle and I had stopped to get some paperwork and we couldn’t remember where we parked the car. We walked around for hours lost and I remember I had my nose in the AC Milan soccer magazine my uncle had bought me. It was 2006 and everyone was into soccer after the World Cup!

The city felt so big and so quintessentially Italian, and even though I’ve visited it many times since, I still think of Grosseto the same way I did as a teenager on that gorgeous summer’s afternoon when I was too busy ogling beautiful soccer players to help my uncle find our car.

Grosseto isn’t really a city. It’s more of a large town, which makes me to wonder how my uncle and I could ever have lost our car! I am utterly biased because Grosseto has always enchanted me and even my uncle, who has seen a plethora of European cities, loves Grosseto because it has an atmosphere that simply entices you to join the locals for a stroll down the main strip.

Grosseto is quite an old city, but was destroyed numerous times by invaders, malaria and more recently WWII bombings. The locals like to say the Americani built it – a bitter reminder of the U.S. air force bases that cover the surrounding territory.

Every time I visit Grosseto, I make a beeline for Piazza Dante. The city’s main piazza is at the end of a very long strip of stores. Some of them are your typical shopping centre fare, but there is a bookshop that I absolutely adore. It’s called Libreria Palomar and it’s in this amazing Harry Potter-esque palazzo with high ceilings and wood paneling.

It stocks a small range of English books. I bought a beautiful illustrated copy of Alice in Wonderland there and then left on the plane a couple of years ago… 🙁

From there I branch out on foot. A few stores back is a pizzeria that makes incredible pizza al taglio – giant slices of pizza sold takeaway for as little as €1.

I always buy the sausage and potato one, but they also make a delicious onion version! If you’re very lucky, you can also get a slice of mascarpone and nutella dessert pizza, which is my fondest memory of Grosseto.

Grosseto is the perfect Maremman town to walk from top to bottom, so to celebrate discovering the world on foot, I’ve got a little giveaway for 20 readers!

GPSmyCity makes iOs and Android apps featuring self-guided city walks in over 470 cities around the world. They don’t have any Maremman cities yet (don’t worry, I’ve put in a good word), but the cities they have covered feature dozens of self-guided walking tours that allow you to get off the beaten tourist track and live like a local, if only for a day or two.

The app normally costs $5, but I’ve got 20 promo codes to giveaway and winners get to pick their own city anywhere in the world!

To win, just enter below!

9 thoughts on “Insider’s guide to Grosseto and a Giveaway!!”