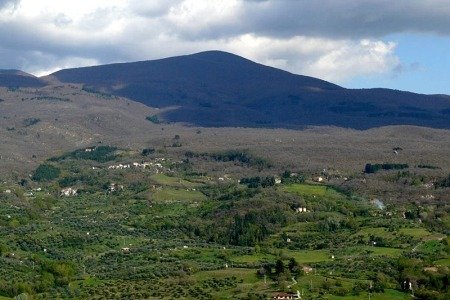 Summer’s pretty much upon us in the Maremma, and I thought the occasion called for something sweet, so I’ve decided to share with you my favourite Maremman sweet recipe – Zuccherini dell’Amiata. 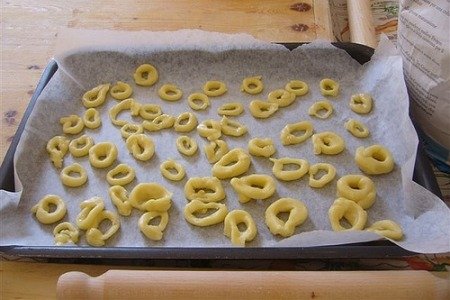 Of course, like all good sweets, there’s a story behind them. I was in Monte Amiata the other day, trying to escape the heatwave in the Fiora Valley, where I live. Monte Amiata is my go to spot in summer. The countryside around the now dormant volcano is always a few degrees cooler than anywhere else in the Maremma and I never fail to find a shady spot to sit, write and be inspired. Admittedly, I don’t climb the mountain. It’s 1738 metres tall and I’m just not that fit!

Instead I retreat to the Parco Fauntistico -a nature park in the Amiata area. I find its shaggy mountain terrain – the mess of its indiscriminately placed trees and the complete abandon of its endlessly green fields oddly relaxing. There isn’t a house for miles and you can sit, and sit, and sit for hours lost in your own thoughts.

But before I get nostalgic, I want to share with you a favourite Amiata recipe of mine. Zuccherini dell’Amiata are little sweet doughnuts that are cooked in the oven and glazed with sugar. They’re delicious in summer and incredibly easy to make. 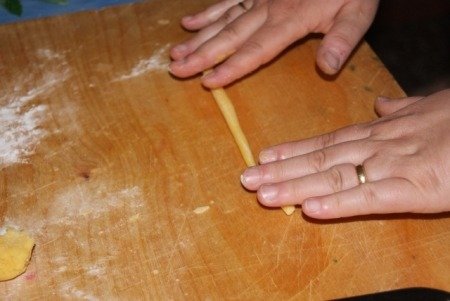 They’re the sought of sweets that Amiatani nonne prepare especially for Sunday when they know that a relative or a friend is going to stop by for a visit. Always a hit, these doughnuts are now sold in big batches to tourists and Maremmani, who sometimes travel all the way to Amiata just to stock up.

For me, there is no better pleasure than biting into one of these doughnuts just after they’ve come out of the oven. The outside is crunchy, but the inside is deceivingly soft and squishy- pure heaven.

The zuccherini in this recipe are lightly flavoured with the traditional aniseed, but you can exchange it for lemon zest or even chocolate. 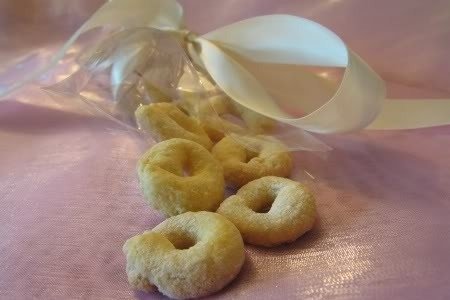 Combine all the ingredients, except for the olive oil in a medium bowl. Mix well and drizzle in enough olive oil to bring the ingredients together in a firm dough. Cover with cling film and leave to rise for half an hour.

Divide the dough into small balls about the size of a golf ball. Flour your workbench and roll each ball evenly until looks like a long sausage, about 15cm long. Join the two ends together to form a circle. You might need to wet each end with a bit of milk first to make sure they stick together. Use a fork to lightly draw horizontal lines across the top of each dough circle.

Place the circles in the lined tray and cook in a preheated oven for half an hour. Leave to cool.

Meanwhile, heat your sugar and water in a small pot over a low heat until the sugar has melted. Simmer until the syrup has reduced and coats the back of your spoon. Dip your cooled doughnuts into the hot glaze. Use a fork to pick up and dip the doughnuts so you don’t burn your fingers. Leave to cool.

Serve with a nice short espresso or cup of tea. Makes 12 mini doughnuts.