Saying arrivederci to summer is hard, which is why I like to do it with a glass of wine in my hand!

No, I’m not drinking my sorrows away! I am alluding the wine pleasures that await the Maremma in September.

It’s a lot easier to let go of the beaches and island hopping when you know that the best of the year’s reds and whites are just around the corner.

In the spirit of letting go, I have officially jumped the gun and declared September in the Maremma wine month. And there is only one town that comes to mind when I think of Italy’s favourite tipple – Scansano.

The Scansanese count down the days until the end of summer with barely concealed excitement. Instead of moping, they pull out the party poppers, dust off the floats and fill their wine glasses for a month’s worth of wine festivals and events. 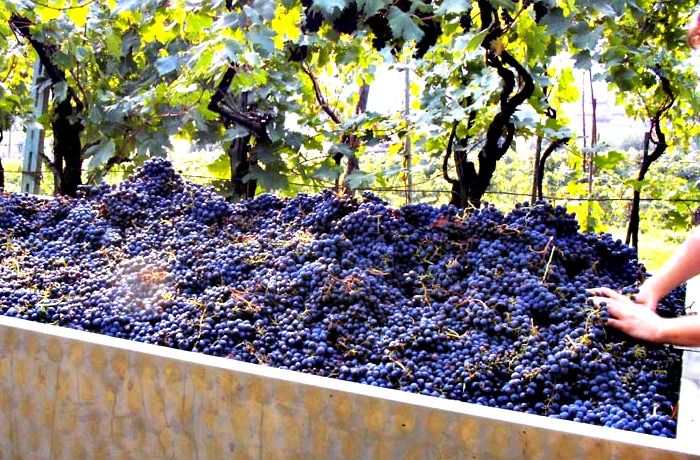 Scansano is home to the, in my best oenology voice, ‘greatest thing to come to out of Tuscany since Chianti’. The robust cherry red Morellino di Scansano DOCG is the Maremma’s baby. This fresh and crisp wine has the sort of oomph you need when you’re eating heavy and hearty winter Maremman dishes like wild boar and is reasonably priced at €10 or less.

Throughout September, the vineyards around Scansano will be harvesting their grapes in what is known as the annual vendemmia. If you head over to Scansano’s Old Town, you can actually watch the local farmers harvest the grapes by hand from the vines that grow at the feet of the Medieval wall. It’s a beautifully provincial sight.

In eight months’ time, the best of the year’s wines will be in stores ready to be tasted.

In the meantime, the 2012 and 2011 vintages will be whipped out for tasting and judging in cellars throughout the region. 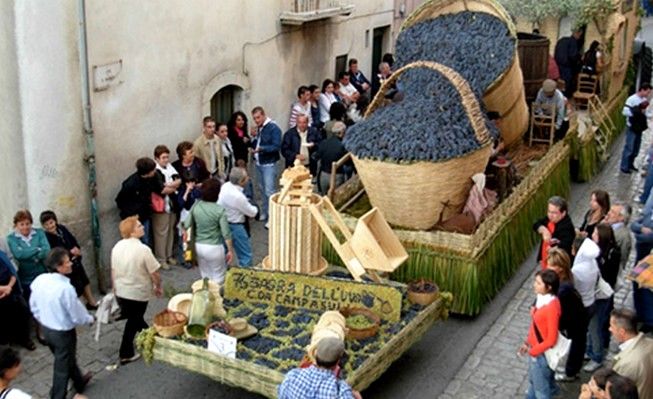 The party kicks off on:

– with the 16th-annual Festa e Mercatino della Creatività – an artisan market that celebrates everything left-brainy. Catch art and craft stalls, concerts, clown shows and workshops, as well as the must-have food and wine stalls.

– in the evening,  the Terre di Scansano Classica Musical Festival ends with a performance by the Omsk Chamber Orchestra Russia in Teatro Castagnoli. It might be classical musical, but there’ll be wine too.

– a taste of what’s to come at the Festa dell’Uva with a wine tasting weekend dedicated to the Morellino di Scansano and other local delicacies.

– This is the weekend all of Scansano has been waiting for! The Festa dell’Uva. For two evenings, Scansano’s oldest and most distinguished cellars are opened to visitors, offering a glass of fine wine served with a number of snacks made with only the best local products and a healthy dose of history and tradition.

There will be gourmet dinners, artisan markets, float parades, children’s theatres and concerts. There is no better time to visit Scansano or try the best of its local wine in its natural setting!

Festa delle Cantine in Manciano. Almost 30 years strong, this celebration of Manciano’s professional and at-home wine makers is a whole lot of fun with music late into the night and freshly made ciaffagnoni – a local savory crepe. It’s on the second weekend of September.

Festa dell’Uva in Cinigiano. This nearby town keeps the party going into the first week of October with three days of music, dancing and great wines.