I am constantly discovering new things in the Maremma. In a region that is one of the largest in Italy, that’s no surprise.

But my most recent discovery is in my own background – Montemerano, about a 10 minute drive from my home in the Comune di Manciano.

If you couldn’t guess from the title of this post, it’s a Michelin starred restaurant. Don’t look so shocked. The Maremma has three two-starred Michelan restaurants, and Da Caino in Montemerano is the most famous.

It’s the baby of critically acclaimed chef Valeria Piccini and husband Maurizio, and I was lucky enough to interview them recently.

Like most of Montemerano, Da Caino was originally a family-owned establishment and was known for its hearty dishes of the local variety.

More than 30 years on, the husband and wife team have transformed it into the sort of place that is adored by celebrity and critic alike.

Valeria says her secret to success is simple.

“I think it’s just about making elaborate, sometimes sophisticated dishes, but without affecting the simplicity and integrity of the ingredients.” 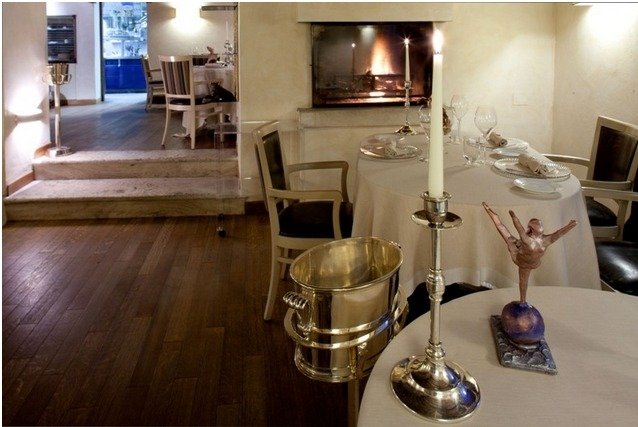 In the beautiful homey dining room, Valeria’s dishes are the stars.

Her menu changes with the seasons, but her most recent offerings included crispy chestnuts with foie gras and red wine sauce with cherries, and lasagna with pumpkin, leeks, calf sweetbreads formaggio di fossa (aged sheep’s cheese) and an oxtail sauce.

Valeria is particularly attached to everything puts out of the kitchen, saying her dishes are like her children.

“In every dish, I put in passion and time. I love them all and that little bit of love I have for them is, deep down, the motivation for every success I’ve had.”

Valeria is often invited to showcase her skills overseas and has done a lot to put Montemerano onto the tourist radar.  But her dream for her hometown is nostalgic.

“I dream of recreating what I and other older members of the town remember of the days past,” she says.

“Montemerano has the potential to return to what it was in simpler times – a bustling town alive with the spirit of local commerce and solidarity.” 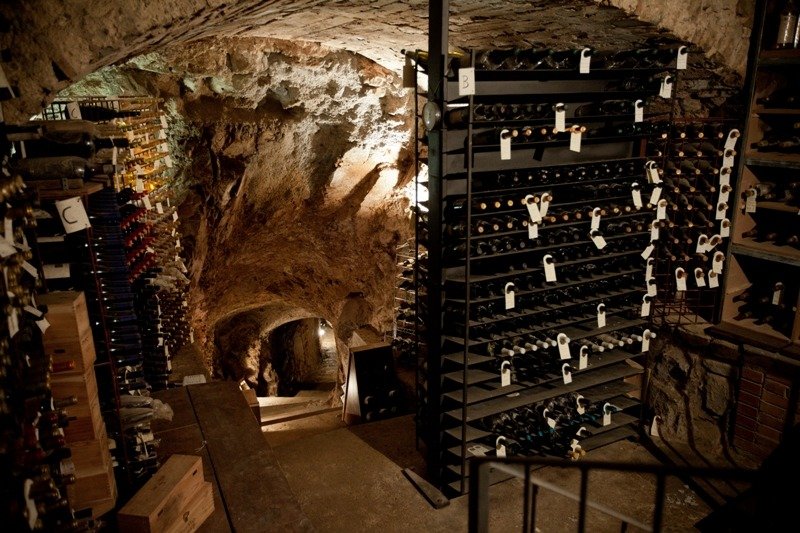 Valeria’s husband Maurizio plays his own role in the culinary empire. Underneath Da Caino is one of the most incredible wine cellars I have ever seen, and it’s his life’s work.

With more than 20,000 bottles, it has every tipple you could imagine, including some very rare, very old and very expensive wines. Maurizio is also responsible for making some of the wines himself.

Despite it’s grandeur, the restaurant maintains much of Montemerano’s wholesomeness. Valeria asks that diners don’t use their mobile phones in the dining room and her dishes very much uphold the honest flavours and incredible seasonality that makes Italian food so iconic.

“Most of my produce is grown in my very own garden,” she says.

“I believe that if the initial ingredients are good then the final result can help but have the flavours and aromas that make the Tuscan Maremma so incredible and so enviable.”

Da Caino is the perfect example of the region’s capacity to surprise and its time-honoured love for good cooking. Before I left, Valeria shared some insight into what it is to make haute cuisine is such a traditional sort of place.

“Traditionally, Maremmani are rooted in their ways, especially when it comes to food. They close up like clams whenever you try to do something a little unorthodox. But slowly, slowly, I think they’re adapting to accept changes to their cuisine. But it takes passion, dedication and hard work”

And I can’t wait to see what’s in store for Maremman cooking in the future!

Da Caino is on Via della Chiesa, Montemerano,(GR), Tuscany.