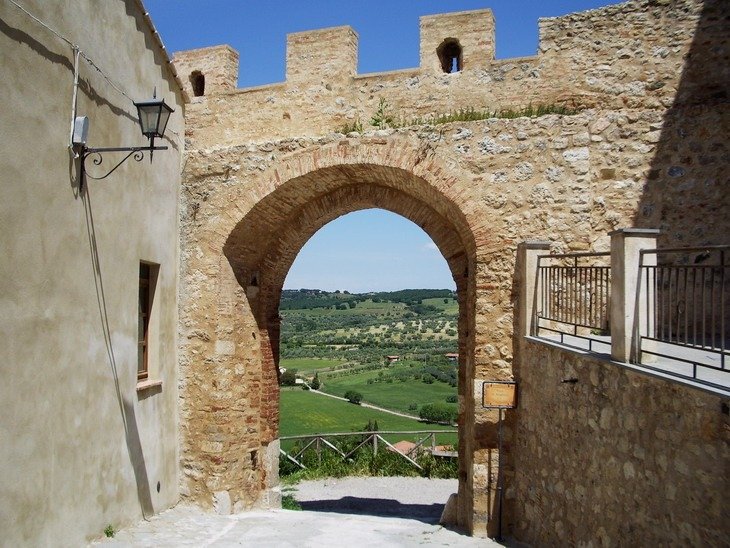 Magliano in Toscana in the Albegna Valley has been the subject of gentle ribbing for centuries.

The town is one of my favourite places to go when I just want to experience the quiet charm of the Tuscan countryside.

But when someone asks me to describe Magliano, I always think about that quintessential movie scene of kids pushing around the weak little gangly kid with the glasses and the calculator in his pocket.

You probably think I’m nuts. I am, but bear with me, this story is going somewhere. I see all of the Maremma’s cities and towns personified in my head – a symptom of being in the region for too long perhaps.

In Magliano’s case, my more-than-fertile imagination is spurred on by a local jibe. It goes like this:

Every Maremmano knows this affectionate rhyme off by heart, even if it is completely false now…

During the worst years of the malaria plague, Magliano was little more than the sum of its wall. Disease and famine ravaged. And like most sick people do, Magliano wallowed in its disrepair.

That was centuries ago though. Today, Magliano is one of the storybook centres of the new Maremma. And the embodiment of provincial charm with its postcard perfect view of thriving vineyards and their ivy-like leaves. 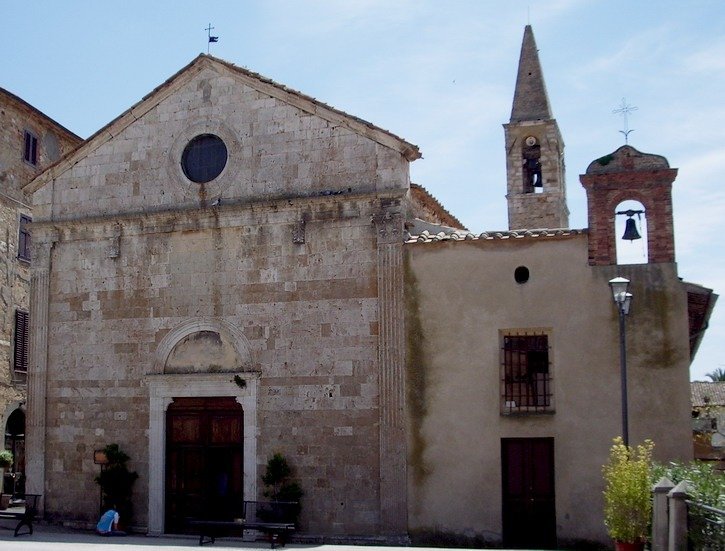 Tourism is still a shiny new toy for the Maglianese. One of my favourite things to do is walk the whole of the cobblestoned Via della Madonna, the main strip, stopping in front of the magnificent Chiesa di San Giovanni Battista.

Every time I’m there, I see the same group of older women gossiping under the afternoon sun. Usually, the town’s hairdresser will make an appearance, sneaking away from her post without taking her apron off.

The last time I sat in next to this church staring at the rose-coloured mosaic of the piazza floor, I overheard their husbands complaining in the shade of the city wall about a granddaughter who they thought was too young to be using a mobile phone.

On the other end of the via, the considerably older Chiesa di San Martino is surrounded by a wild rosemary garden. If you sit here long enough, you’ll lose count of the number of people who come to collect a few sprigs. Even the town’s chef uses the church rosemary in his recipes.

I think stories like these make Magliano so appealing, so much more appealing then my banal attempts at descriptive language. 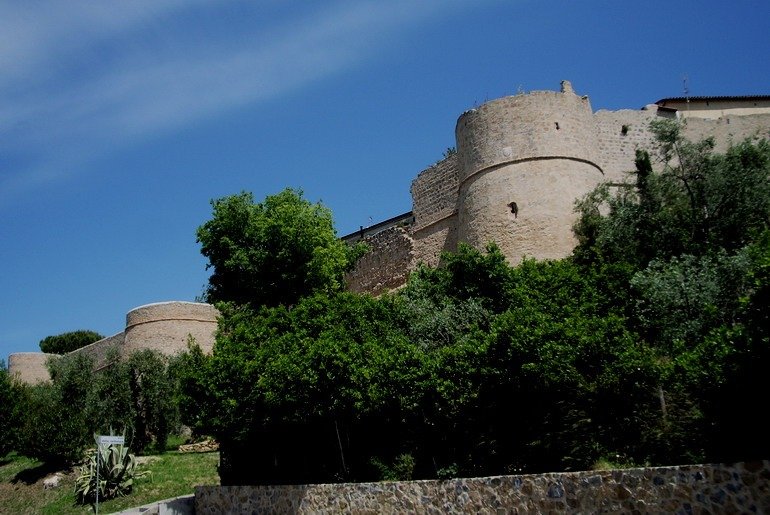 Simply put, you come to Magliano in Toscana to experience country Tuscan life, no fancy embellishments, no tourist gimmicks and no grand monuments, except for the city wall.

Magliano’s city wall is the most beautiful in all of the Maremma. In various spots around the town you can climb the parapet wall and admire the vineyards below. Usually these sections are preceded by small olive gardens where the children run wild.

Where to stay in Magliano in Toscana:

.
What to eat:
The cuisine of Magliano in Toscana is like much of the Albegna and Fiora Valley. Hearty peasant dishes in winter and lighter seasonal tid bits in summer. There is a huge emphasis on slow food and seasonality. They also lay quite a claim to acquacotta, the Maremma’s own vegetable soup. Tradition has it that the Maglianese make the region’s best interpretation of this classic dish. They also know the secret for getting the perfect poached egg on top, which is quite an art form.

You can try it at these much beloved local restaurants:

.
Magliano’s other claim to gastronomy fame is its Morellino di Scansano. This DOC red wine might take its name from nearby Scansano, but Magliano’s vineyards have been winning awards for their interpretation of this robust red wine for years now.

If you want to taste some stellar Morellino visit the Poggio Brigante winery just outside of Magliano. www.poggiobrigante.it

Don’t miss:
Magliano in Toscana is beautiful all year round, but if I had to pick a time to visit, I’d do so during Vox Mundi. Vox Mundi begins on 30 June and ends of 3 August each year. It’s one of the Maremma’s few internationally recognised events.

For a month, the spirit of international music transform Magliano in Toscana into one huge festival city. All of the concerts are performed outdoors and there are plenty of snacks stalls and glasses of Morellino to keep you occupied between sets.

You can buy tickets in Magliano di Toscana, online or via email at info@voxmundifestival.org. For adults they’re 12 Euro, 10 Euro for kids.