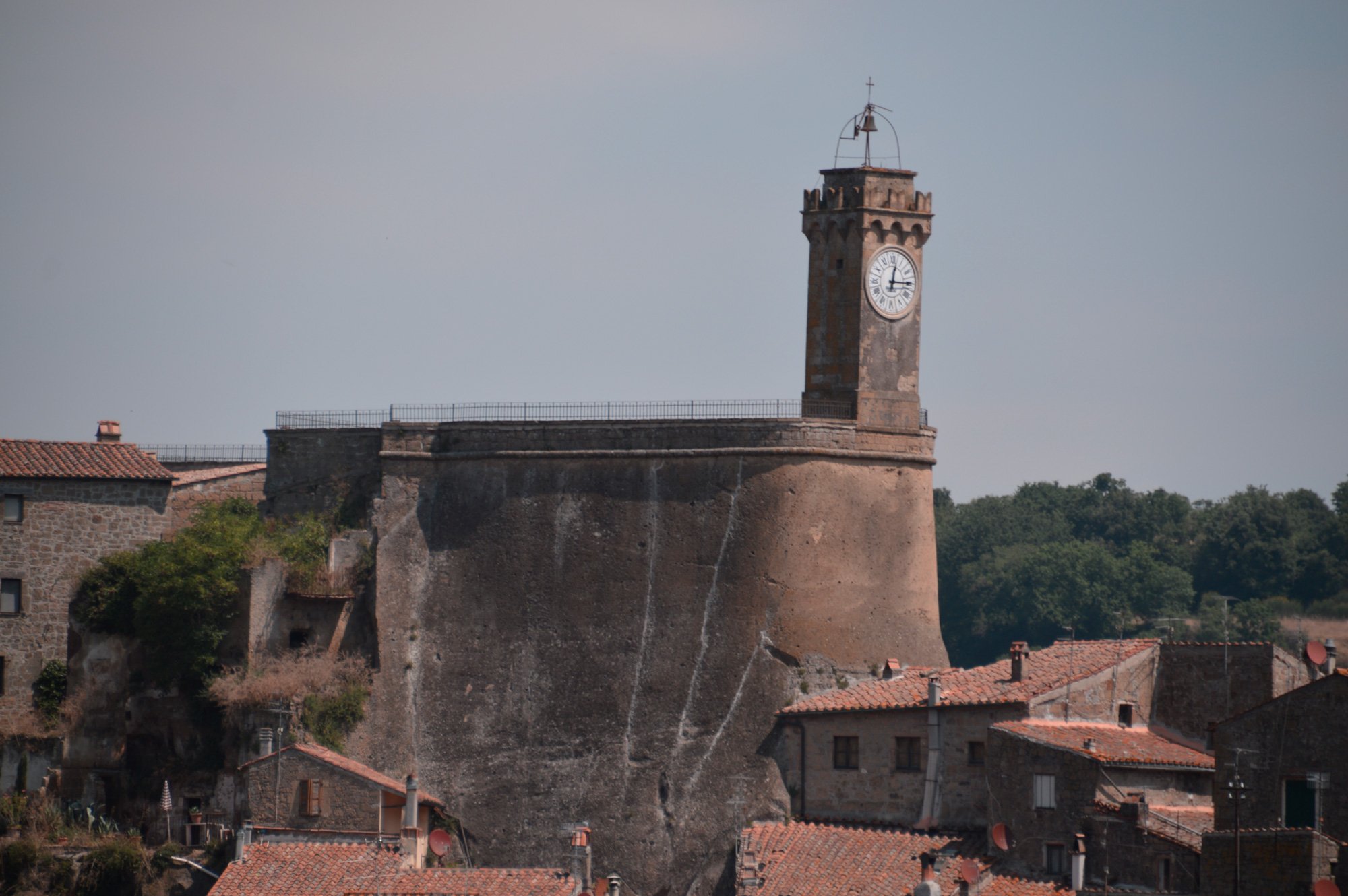 Impossible to miss, the Masso Leopoldino rises far above Sovana‘s skyline, watching over the town like a hawk.

Built in the 18th century, the fortress with commissioned by the powerful Duke Leopold of Lorraine in an attempt to make the city impregnable.

And with its neck-straining tall stone wall and powerful square bastion, it’s fair to say he succeeded.

Peering over the side of the building that sits on the cliff face is a bit frightening. It’s a sheer drop down metres and metres to the valley floor, and 18th century architects didn’t really think about tourist safety.

If you’ve got kids, keep them away from the edge. If you don’t and you’re not scared of heights, then this an incredible vantage point to take in the town and the valley below.

Astute observers with very ,very good eye sight might just be able to make out the ancient ‘grotte’ – caves used by the Etruscans to store food and livestock. They jut out of the cliffs that surround the town like Swiss cheese!

On the other side of the observation terrace is a very old, but still functioning clock tower. It was built at the same time as the fortress and embraces the same militaristic style.

When Duke Leopold commissioned the fortress, he designed one entry point, the Porta dei Merli, which still stands today. An ancient arch, it’s carved out of travertine rock and crowned by two coats of arms, the first belonging to Cosimo II de’Medici, while the other is that of Niccolò IV Orsini.

What I find so interesting about the Masso Leopoldino is that is sits almost parallel to the Fortezza Orsini on the other side of town. Sovana and its picturesque streets are squeezed between the two imposing buildings like a precious treasure in much need of protection.

And indeed, Sovana is beautiful enough to warrant such protection.