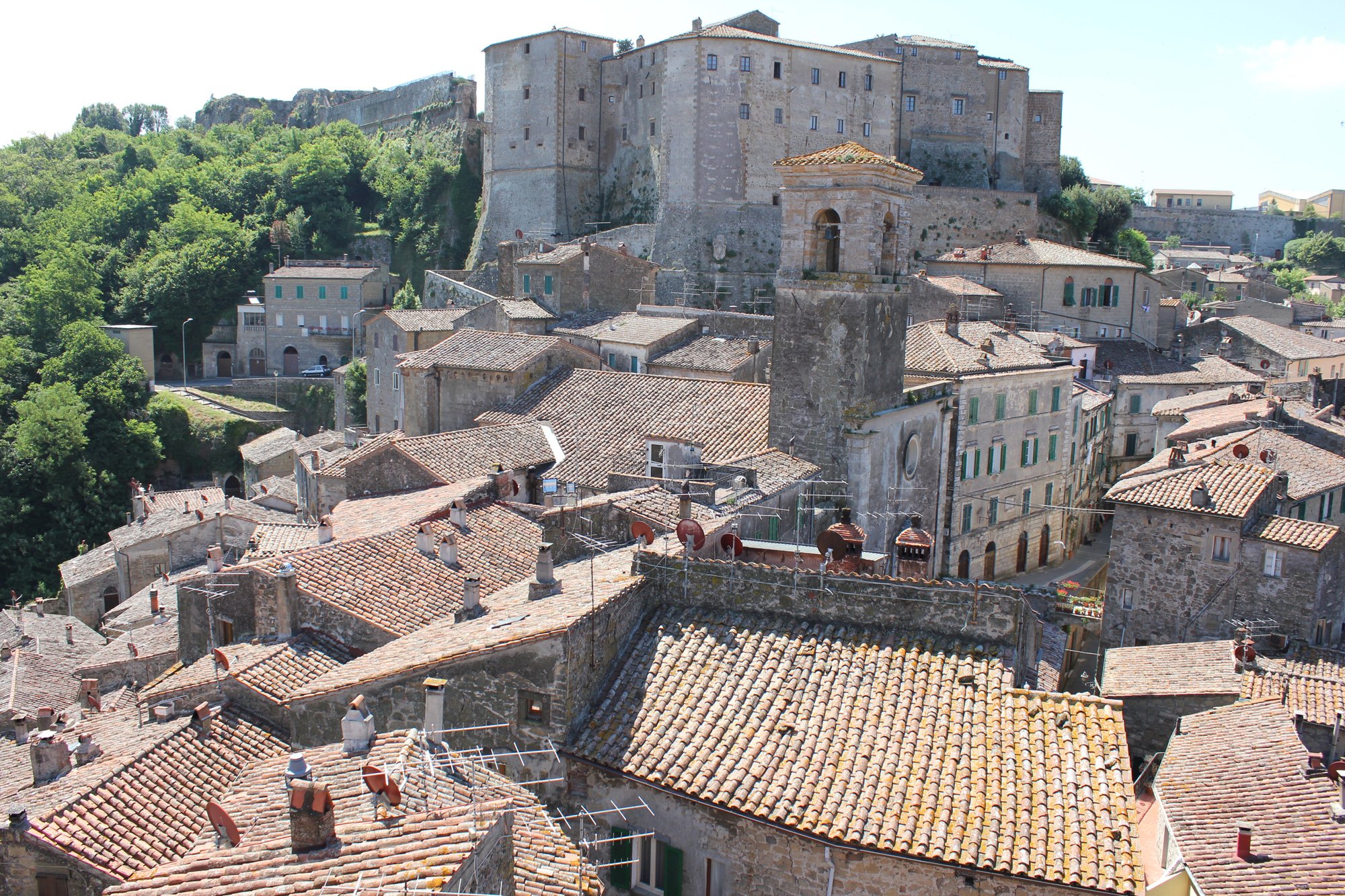 If you can only visit one thing in Sorano, visit this fortress. It is, after all, one of most detailed and complete examples of Italian Renaissance military architecture in all of Italy.

Designed by Sienese architect Anton Maria Lari in 1552, it’s an imposing structure made up of two hulking bastions and an impressive central building. You can see it from every corner of Sorano!

You enter this incredible building from the south, through a traventine arch crowned by an inscription and a marble coat of arms belonging to Niccolò IV Orsini – the father of Sorano himself. Keep an eye out for the heraldic bear – the symbol of the Orsini Counts.

Both bastions have recesses for firing on enemies and are connected to series of complicated pipes that made sure the town had an almost unending supply of water.

If you walk into the courtyard, and you should, you’ll find the oldest part of the fortress.

The interiors of this section have been recently renovated and many of the rooms are covered in 16th century frescoes.

Painted by the Sienese School, most of them are still beautifully intact and are dominated by the floral designs favoured by the Orsini, although a few also depict mythological scenes such as La Morte di Didone (The Death of Dido).

The Fortezza Orsini is open to tourists, but you need to be accompanied by a guide.

That’s not really such a negative, as the guides know more than the history of the building and its architecture terms, they also know all about the gossip that plagued the Orsini rule in Sorano. They were a scandalous bunch.

?€4; the €8 ticket includes entrance to the “City of the Tufa” Archaeological Park