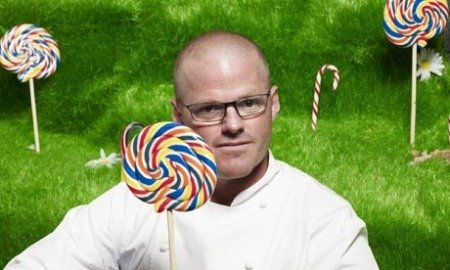 I have a soft spot for British chef Heston Blumenthal. I’ll admit, I could never in a million years make one of his dishes. He’s not particularly good looking. And I do sometimes wonder whether his dishes are a little over the top. But he does fascinate me enough that I try to tune into his Heston’s Feasts show as often as possible.

Last week, I was doing just that when I got quite the shock. Heston was cooking a 1960s, Charlie in the Chocolate Factory-inspired feast for his guests.

After serving his guests lickable wall paper, Heston turned his attention to an entree of magic mushroom soup. Obviously magic mushrooms are illegal, but Heston travelled to Italy to find a close relative of the magic mushroom called Caesar’s mushroom… and guess where he was? Santa Fiora in the Tuscan Maremma!

I’ll admit, I didn’t believe my eyes at first. We in the Maremma don’t really get mentioned by international celebrities all that often, so you can imagine my surprise when I saw Heston driving down a Strada Provinciale in my little beloved Maremma.

He ended up at a black market mushroom auction. The looks on the Maremmani’s faces when this bald Englishman tried to buy their prized mushrooms was hilarious! They were significantly suspicious of the video camera too, so Heston was lucky the auctioneer spoke pigeon English, otherwise he might have been in trouble.

Black market mushroom auctions aren’t all that rare in Monte Amiata. The mountain Maremmani are experts when it comes to finding mushrooms. They know all the best spots in the forests around their homes – spots their families have been scouring every autumn for generations.

With more mushrooms than they could ever possibly eat, the Amiatini sell them to the highest bidder. It’s an incredible thing to watch, if you can find the auctions. I’m not even sure how Heston found one. They’re usually closely guarded secrets.

Heston ended up getting his psychedelic mushrooms for €40. He seemed pleased, convinced that the Maremmani were there for the Caesar mushroom, but as far as I’m concerned, there is only one mushroom king in the Maremma and that’s the porcini. 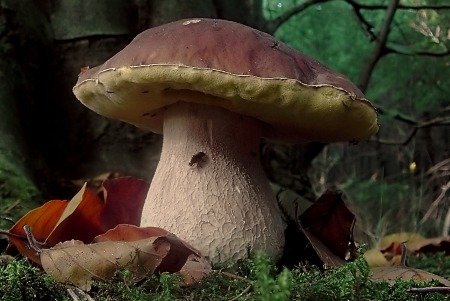 It’s too late in the season to go thrashing through the forests looking for porcini. To be honest, it’s not an advisable thing to do anyway. Between trespassing and picking the wrong, potentially deadly, mushroom, it’s best to leave mushroom picking to the experts.

But it is porcini season in your supermarket. Fresh or frozen, the porcini is the sort of mushroom that can  make you drool with desire. It is so different from those disgustingly tasteless rubber white things you buy in stores that it could be an entirely different vegetable all together.

Even if you don’t like mushrooms, you will love the porcini! The Maremman porcini are known for their distinctive flavour. Grown wild, they take on a nutty, almost meaty flavour from the oak and pine leaves they grow among. I’ve even heard someone describe them as being similar in taste to sourdough!

If you’re buying your porcini from the supermarket, try to get younger caps. Porcini lose their flavour as they get older and they should always be consumed as soon as possible. You don’t want them rotting in your fridge!

To celebrate the porcini, I thought I’d share a recipe with you. It’s no Heston creation, but it is a traditional Maremman dish that I think showcases the porcini mushroom in the best light possible.

If you can’t get your hands on fresh porcini, don’t worry. Porcini are one of the few ingredients that dry well, actually intensifying in flavour. You can buy dried porcini in most supermakets 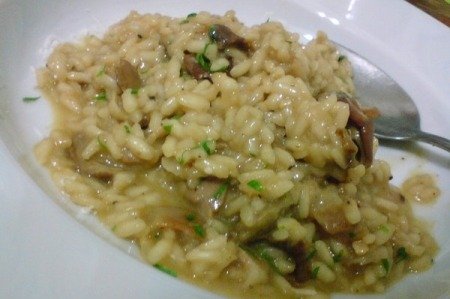 Melt the butter in a frying pan over medium heat. Add the onions and cook until soft, about 10 minutes. Meanwhile put your stock in a pot on a low heat to warm up.

Add the rice to the frying pan and stir to roast the rice. After a minute or so, add the wine. Bring to the boil and leave, stirring often, until all the wine has evaporated. Now you can start adding your stock, about three tablespoons at a time.

Each time you add your stock, stir the rice vigorously to release the starch and help the absorption process. Make sure all the liquid has been absorbed before you add more stock.

After ten minutes of adding stock and stirring, add your chopped porcini. Now keep adding stock until the rice is cooked and begins to look a little like lumpy porridge, it should take another 10 minutes or so.

Add salt and pepper to taste. Remove the pan from the heat and add your shaved Parmesan and parsley. Leave your risotto covered for about a minute so the cheese can melt. Mix well and serve immediately.