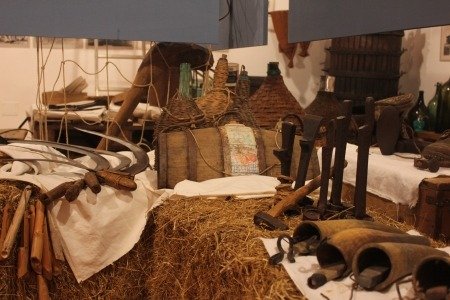 This weekend, I was luckily enough to get in touch with the Maremma’s peasant roots or ‘contadini’ culture in the Fiora Valley.

The Fiora Valley’s fertile fields have been providing the rest of the region with fresh produce, dairy and meat for centuries. It hasn’t always been the easiest job, but it did foster a proud and traditional culture of farmers in the late-19th and early-20th century known as the contadini.

The Sale della Terra or Museo di Comunità is an exhibition of 200 items collected from the farmers who lived in Manciano during the turn of the century. The museum is divided into two rooms inside a beautifully old and carefully restored early-20th century farm manor. 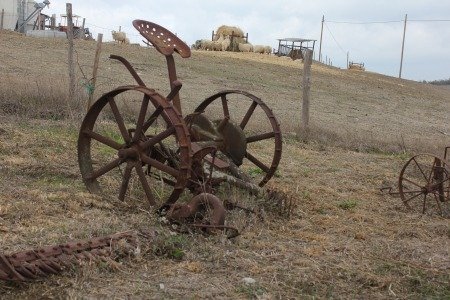 Disconnected from city Manciano, this manor is surrounded by fields left bare for a nearby flock of sheep. Just outside the manor is a collection of farming machinery – an antique tractor, a plough and an old cart.

Inside, the first room of the museum has been set up to mirror an early-20th century peasant home. Every item of the collection was donated by Mario Babbanini, a local historian who has spent much of his 90 years cataloging bits and pieces from different families in the area.

Some are from his own family members, while other items are from the families whose black and white photos cover the walls of the museum.

Being a foreigner, I, obviously, have no emotional connection to the Maremma’s contadini, but I was blown away by this museum. The collection has been lovingly restored and set up inside this museum space by youth volunteers – young people who are dedicated to preserving this slice of their history.

In the kitchen section of the museum, there’s an old stove with an cast iron coffee pot and wheat grinder, and cutlery and dishware sit on an oak table with a collection of musical instruments. Next to them is a wooden bedside table and an iron-framed bed, complete with sheets and pyjamas. One of the museum’s most precious items is also on the bed – a small heater know as a ‘prete’, which was filled with hot coals and slide in between the sheets in winter. 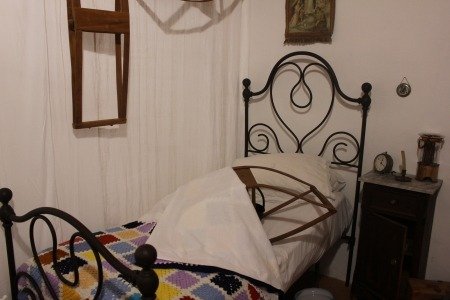 The volunteers who put together the museum were entirely faithful to the typical a turn-of-the-century farmer’s home. It’s amazing. I had so much fun studying each object, trying to figure out what it was for. Sounds nerdy, I know, but some of the pieces look nothing like their modern counterpart – i.e the cast iron iron!

In the museum’s other room is a collection of farming equipment. There are the tools used to collect grain and spray insecticide, huge wicker barrels used to store wine and an antique wine press. There are pitchforks and on the far wall, a massive disk lined with mesh, which was used to sift wheat. 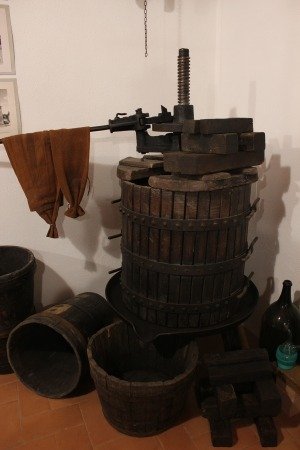 As you walk around the room, the walls are covered in pictures of farmers using some of the equipment displayed in the collection. You can also see them picking grapes and herding sheep the old way.

To visit this museum is to be transported back to the early-20th century. It’s a must see, and its a fantastic and authentic demonstration of just how much the Maremmani value their traditions and humble roots!