The Costa Concordia crash off Giglio Island, a local’s perspective 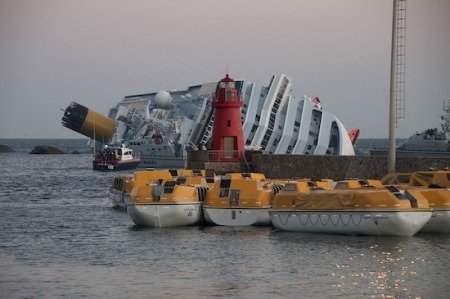 On January 13, the Costa Concordia cruise liner crashed just off Giglio Island in the Tuscan Maremma. More than 4,000 passengers were trapped as the ship slowly keened over to one side. So far, 11 people have been declared dead and more than 17 are still missing. The Costa Concordia is the biggest cruise ship to crash in recorded history.

Paola Franci is a Giglio Island native and was in Porto Santo Stefano when the crash happened. She’s a good friend of mine and has kindly written this guest post sharing her experiences of the event:

“I’ve lived on Giglio Island for more than 10 years. We’re used to cruise ships passing us by from Porto Santo Stefano and on to the Mediterranean Sea. It’s all part of island life.

Last Friday, I was with friends in Porto Santo Stefano. The Costa Concordia left from Civitavecchia and wasn’t meant to stop anywhere near us. I heard on the news later that the ship was going on a seven day cruise. I’m sure everyone was looking forward to leaving.

I was enjoying dinner with friends when the crash happened. Word got around fast and soon the whole restaurant was buzzing with the news. We couldn’t believe it. The waters around Porto Santo Stefano are safe waters. The night was clear and calm. We couldn’t imagine what went wrong.

And then we saw it with our own eyes. The cruise ship had crashed off what we call Le Scole, a cluster of rocks that surround the east coast of Giglio Island.

Everyone islander knows Le Scole is no place for a cruise ship. The rocks out there are deadly and impossible to see at night. I wouldn’t go there with a fishing boat, let alone a massive ship. It’s too dangerous.

There has been plenty of speculation as to why the captain was so far off course and so close to our island. I know why. I knew all along. I just can’t believe it actually happened.

There is a favourite pastime in Giglio where the locals and tourists head to the east coast to watch the ships sail by. Local gossip suggests the captains compete to see who can get the closest to shore. The closer they are, the more thrilling it is.

In August, the Costa Concordia sailed right through Le Scole without incident. The captain blew his horn and everyone watching cheered. It was an amazing sight. There is no doubt in my mind the captain was trying to do the exact same thing last Friday night.

I heard there was a sailor on board who lived in Giglio and was meant to return home last week. Rumour has it the captain was trying to salute the man’s family on the island when it hit the rocks.

The impact tore a 50m hole in the hull. The captain turned the ship around and tried get closer to Giglio harbour. The water rushed in faster and the anchor pulled the ship down to rest on a rocky shelf.

Those who died were trapped or jumped into the water only to be sucked under the ship. One elderly couple died in each other’s arms waiting to be saved.

I don’t personally know the captain, Franco Schettino, but everyone on the island can’t believe he abandoned the ship before the emergency services arrived.

Since the crash, I, like everyone else on Porto Santo Stefano and Giglio Island, have been doing all we can for the passengers. It was heartbreaking to see them standing on the port, their eyes full of fear and their holiday dreams destroyed.

Not only did they lose everything on the ship, but they watched as their worst nightmare came true. Ships are meant to be safe. They are not meant to crash off calm waters, mere kilometres from an Italian port, killing people in the process.

In the days since the crash, we’ve offered food, accommodation, shelter and counselling to the passengers. Those in the emergency services have spent day and night searching for survivors. We don’t want anyone else to suffer. 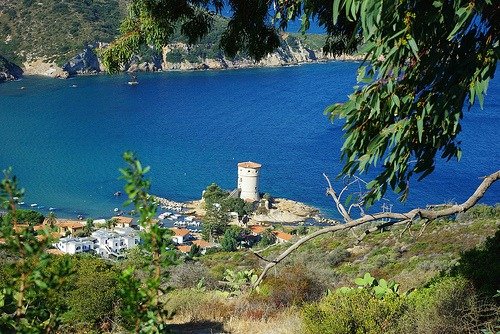 Giglio is a small island with a small island mentality. Nothing like this has ever happened before. The only way we can react is to give everything we have, both to the survivors and to those who are still out there.

I can see the Costa Concordia from my street. It is leaning in such a way that it looks as if it’s just resting. I pray for those who are still missing and I hope the ship can be recovered without damaging the environment.

The ship is resting in a marine wildlife park. More than 2,300 tons of fuel threaten the fish and coral species and will continue to threaten them until Dutch salvage experts Smit International clean up this mess.

This crash has left a dark smudge on what was, before January 13, a completely quiet, beautiful and unremarkable corner of the Tuscan Maremma.

Giglio Island will never be the same.”