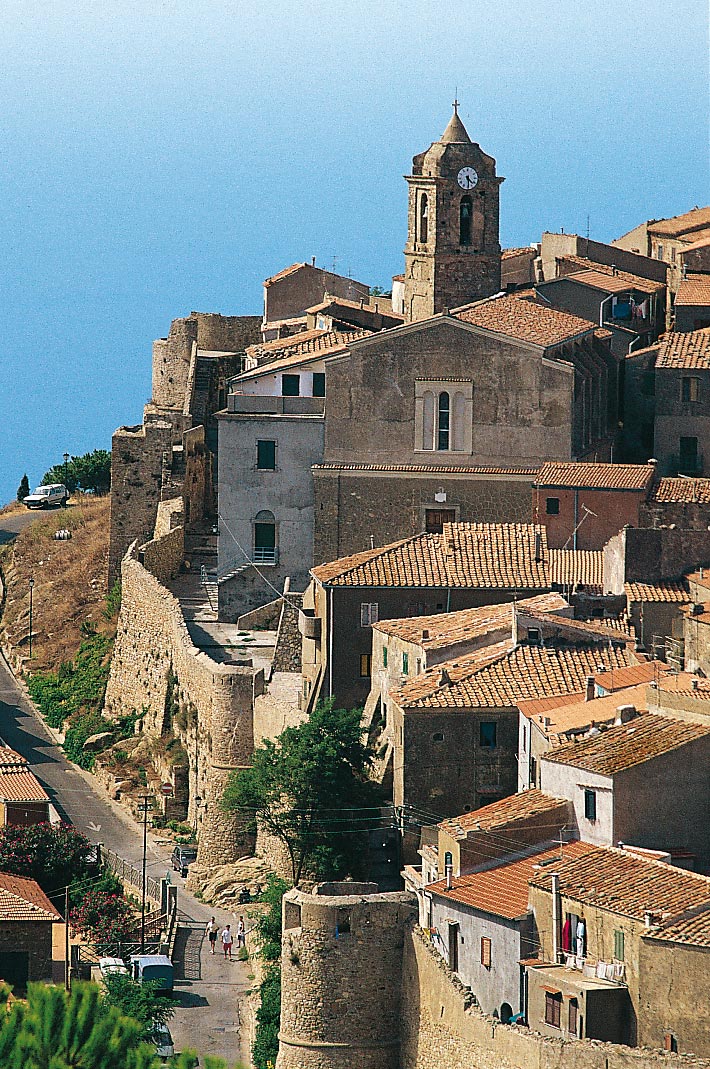 Here, the locals live inside the walls of the Rocca, their stone houses built to fit the curves and twists of the 13th century castle.

Walking down the narrow vias, rubbing up against the ancient walls, is a little unsettling.

It’s tight and slightly claustrophobic, but mostly untouched by modern architecture. It’s definitely worth a look if you don’t mind getting a little squashed!

Giglio Castello is where most of Giglio Island‘s wine is produced. These cellars are famous for the amber coloured and robust wine, the Ansonica d’Costa Argento. You can buy and taste the wine at cellars in the district.

You can reach Giglio Castello by bus from Giglio Porto and Campese. Tickets are €2 for a single trip and buses run every half an hour.

This castle was the foundation around which the thriving village of Giglio Castello was built by the Aldobrandeschi in the 13th century.

This 15th century church isn’t much to look at on the outside, but inside, its beauty reflects the island lifestyle and the treasures it has collected over the centuries.