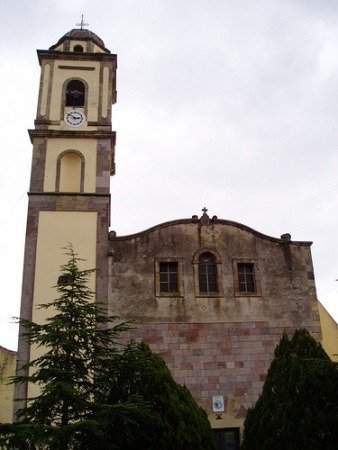 This 15th century church isn’t much to look at on the outside, but inside, its beauty reflects the Giglio Island lifestyle.

The only church in Giglio Castello, the Parrocchiale di San Pietro’s marble altar is adorned with the reliquaries of Pope Urban, as well as the sacred ornaments of Pope Innocent XIII.

If you don’t know what reliquaries are, I’ll enlighten you, they’re body parts left to the church, lovingly entombed in urns or other beautifully decorated boxes. To be honest, the idea grosses me out, but it has a certain intrigue, you have to admit.

In the Parrocchiale di San Pietro there’s the reliquary arm of St Mamilian, torn from his body, according to legend, during a fight over who got to keep the saint’s corpse.

The church also has two statues both of which date back to the 18th century. One depicts St Peter, while the other is of St Mamilian with both his arms, luckily.

Also keep an eye out for a glass box holding two swords and a gun inlaid with gems – they were taken from pirates during a siege in 1799.

But for me, all of these incredible treasures pale in comparison to the the true beauty of this church – a magnificent 17th century ivory crucifix. The detail is exquisite and a little frightening. I could stare at it for hours!