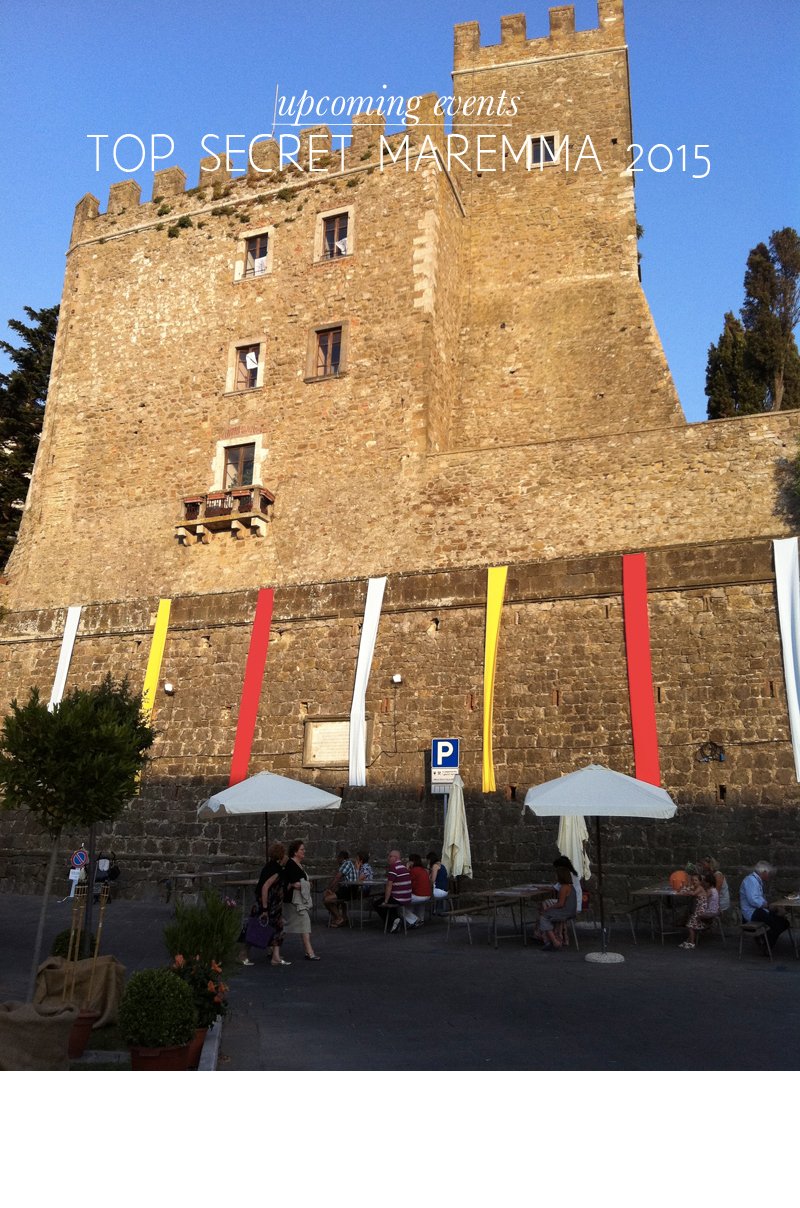 All over the world, cities are opening their most treasured buildings to the curious eyes of strangers.

The phenomenon plays on one of our basest instincts: that of wanting to stick our noses anywhere we’re not allowed to.

In case you hadn’t guessed, I’m referring to Open House. It’s a movement started in my old hometown of Melbourne, Australia as a free and rare opportunity for people to discover a hidden trove of architectural, engineering and historic buildings nestled around their city.

Inspired, my new hometown of Manciano has decided to hold its own Open House. It’s called Top Secret Maremma and it’s on again from Oct 30 to Nov 1.

Manciano has an incredible heritage of buildings that aren’t normally open to tourists. There are privately owned castles, closed museums and houses opulent enough to have hosted ancient kings.

Every one of them is of a rare beauty. Not to mention, all the more special because you know you wouldn’t be able to visit them under normal circumstances.

Access to all the sites is free and they’ll be open until sunset throughout the festival. All you have to do is rock up!

Here are the buildings included in this year’s edition:

La Rocca: Explore Manciano’s postcard perfect castle. Built in the Middle Ages and embellished a couple of times since then, it was once the home of the town’s ruling elite, the Aldobrandeschi. It’s now Town Hall. Entry includes a tour of the private art gallery and entry into the lookout tower with its spectacular views of the countryside.

Castello dei Principi: Guided tours of another magnificent castle, this time in Marsiliana, a 20-minute drive from Manciano. This castle remains in the hands of the family that built it centuries ago, and unlike La Rocca, still has some of its amazing turn of the century furniture.

Museo della Preistoria and Protostoria: Manciano might be small, but it’s museum is the only one in Italy to have an object from every era of early history. Didn’t think elephants ever lived in Italy? Well you’ll be surprised by the bones of this animal’s prehistoric ancestors on display here.

Casa Aldi: Nose around the 19th-century home and underground cellar of one of the country’s most prolific painters, Pietro Aldi. His work adorns the Town Hall in Siena and is begrudgingly studied by every Italian student. He’s a Manciano native and his descendants are opening up his home for the very first time, complete with its hundreds of paintings.

Guided tour of Manciano: each day of the festival at 4:30pm, you can embark on a tour of Manciano to discover its culinary and cultural soul. Tours start in Piazza Magenta.