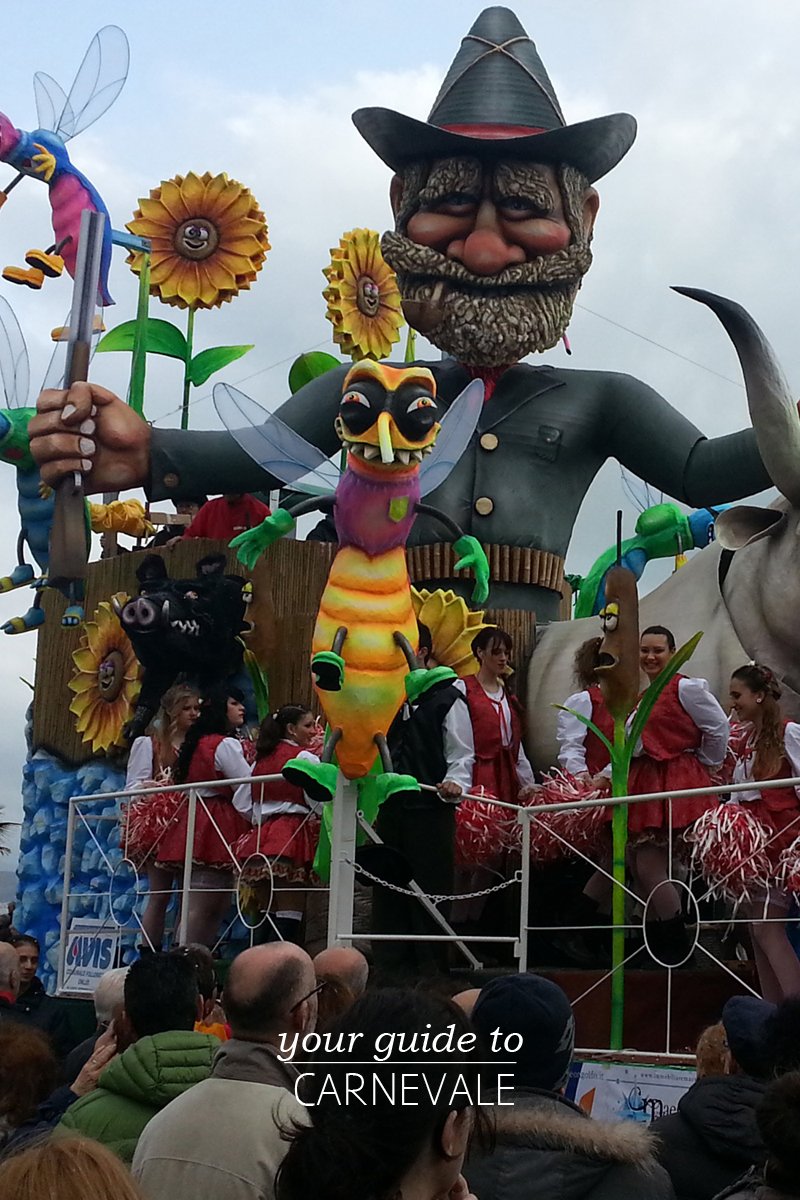 Easter comes early this year, so early in fact that I haven’t even packed away all the Christmas decorations and I’m already being bombarded with Carnevale events.

In Italy, it’s fair to say that Carnevale is more fun than Easter. In the weeks leading up to Easter Sunday, there will be a plethora of events involving candy, floats, costumes and plenty of fried food.

Carnevale is one of the best times to be in the Maremma because these events are very much local events. They’ve been around for generations and are beloved by the Maremmani. In fact, plenty of locals will be returning home just so they can join in on the festivities.

After almost a decade here, I’ve got a few favourite Carnevale events that I can’t resist checking out year after year. These are my top picks for 2016:

My top pick is Follonica. No one celebrates better. Follonica welcomes Carnevale with three weekends-worth of float parades.

I was at the first parade this year as it exploded onto Follonica’s streets. The floats are simply magnificent, simply breathtaking. They’re each designed by a different precinct in the city and headed by a group of dancing teens and children.

You can hear the pumping South American music from the next town over. There are no barriers between you and the floats, so you need to be careful not to get run over by the old man driving the tractor that’s pulling the float. He’s only doing 5km/h, but you still don’t want that thing rolling over your foot.

Amid the floats are stalls selling everything that is sweet and sticky – praline, candied nuts, candy, candy floss – enough to get the kids hyped if you can get them to stop spraying streamers and silly string long enough to eat them. The whole experience is a little like being at an Italian carnival fair.

Entry onto the float grounds at the centre of the city is €3. You can catch more floats every weekend from now until 14 February.

Hard to put this into words. It’s pretty much your stock standard Carnevale parade but instead of floats, these works of art are built on the back of apes – Italy’s signature three-wheeled scooters.

Check it out for some truly amazing sights and the obligatory kids in costumes covering everything within reach in silly string.

Orbetello puts on a sophisticated celebration with a bunch of masked parades by the laguna on 31 Jan, 7 Feb, 9 Feb and 14 Feb. The competition has been held since the 1950s with categories for each age group.

These aren’t shop bought costumes, but really elegant pieces. This year’s inspiration is fairytales with a particular nod to Alice in Wonderland. Put the 9 Feb parade in your calendar. It’s a nighttime event and promises to be pretty impressive.

Massa Marittima celebrates Carnevale with over the top costumes, amazing live music and plenty of confetti! It’s inspired by Venice and as close as you’ll get to that amazing festival here in Tuscany.