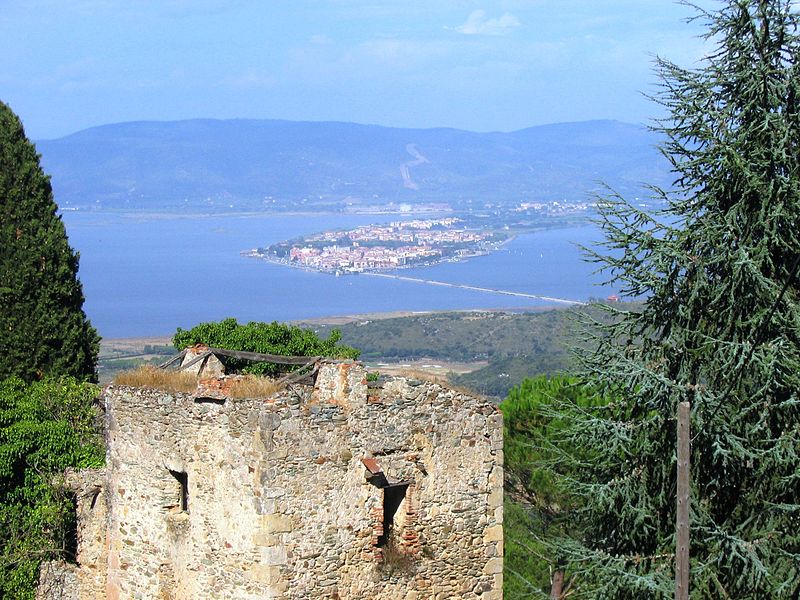 In the five years that I’ve been in the Maremma, I’ve seen all of the region’s major towns and cities a couple of times over.

But for some reason Orbetello in Monte Argentario has always stood out in my mind. The memory of my first visit is imprinted in my head no matter how many times I’ve seen the city since.

My reaction is always the same. I am awed by the venerability and grace of La Città della Laguna. In my opinion, it is one of the Maremma’s most captivating destinations.

The city was once a major port of the Etruscan Empire, and it maintains some of this ancient civilisation’s relics today. I’m talking about a small section of the much eroded city wall, but the feeling of antiquity is still there.

As the centuries passed, Orbetello never lost the air of self-importance that was the Etruscans’ legacy. After it crumbled under the Romans, Orbetello became a port-of-call for ships bearing treasures from Africa and Egypt.

A good portion of the money collected from these ships was used to gussy up Orbetello. The modern city has one of the most magnificent main streets outside of Massa Marittima.

The buildings that line the main strip, Via del Corso, are simply stunning. They are tall, beautifully accented with intricate architraves and quintessentially Spanish – courtesy of the Stato dei Presidi that ruled in the 16th century.

But Orbetello’s real beauty comes from the lagoon that both embraces it and shares its name. Like something out of movie, this lagoon is so beautiful and calm its waters look like sheets of unbroken silver glass almost all year round.

I’m obsessed with the idea that the Orbetellani, as the locals are called, can walk 30 metres from their cosmopolitan city centre into this veritable paradise. The lagoon’s ecosystem is so unique it’s home to a number of rare bird species. And the constant contact with water makes the city surprisingly warm in winter, which is music to my ears! 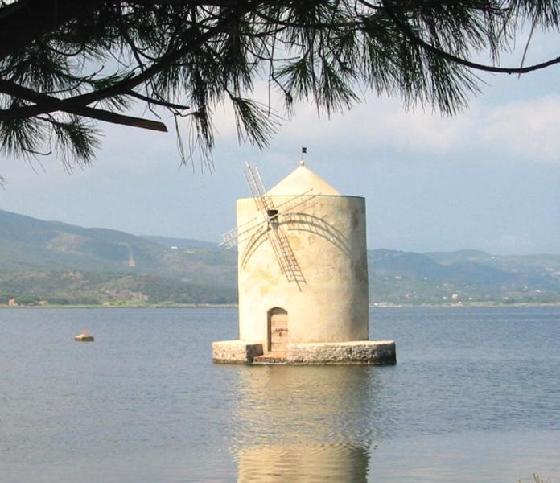 But enough with the sales pitch. If you only had one day in Orbetello, you’d:

1. Visit Orbetello Lagoon. Not to stare at the water (if you start that, you’ll never leave!), but to look at the windmill at its centre. It was once one of nine rustic 16th century windmills used to grind grain for the town, but all of the others have since crumbled. According to local legend, the windmill never worked until the Spanish came centuries later and worked their magic on it.

2. Go to Polveriera Guzman to see the Frontone del Talamone. The Frontone del Talamone is a terracotta relief depicting the Greek myth ‘Seven against Thebes’, which tells of the dramatic climax of the war between Eteocles and Polynices, sons of Oedipus and Jocasta. It once adorned an Etruscan temple and is more than 2,000 years old.

3. Stop by il Duomo. The 14th century Il Duomo di Santa Maria Assunta is slightly garish to the eye, but you can’t deny its magnificence. As one of the Maremma’s biggest and most important churches, it has a certain poshness with its whitewashed walls and gold detailing. Keep an eye out for the beautiful painting of the Madonna and Child sitting before Orbetello Lagoon. 4. Stand beneath the clock tower in Corso Italia. I don’t know this building’s history or name. All I know is that it’s Spanish-built, has a militaristic flair and is one of the most beautiful buildings I have ever seen. Its grandeur and stoicism are what made me fall in love with Orbetello in the first place. When I think of the city, this building dominates my memories.

5. Try not to get run over admiring Porta a Terra. This is the ridiculously extravagent archway you drive through as you enter Orbetello. It’s part Etruscan, part Sienese and part Spanish, and it tells the story of the city’s various rulers. It does this through the many coats of arms that adorn the various arches. Porta a Terra actually means Door to the Earth – a fitting name for such a grand monument.

6. Go shopping on Corso Italia. This is my second mention of this magnificent strip at Orbetello’s centre. It has some amazing shops though, including luxury clothing stores Coin and Rasna’, as well as gorgeous manchester and homeware stores like House and Garden. Oh and jewellery – some beautiful jewellery stores. 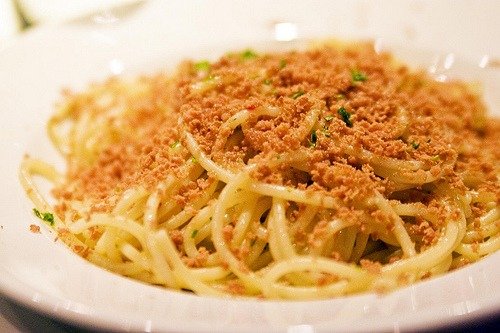 Like all good Italian cities, Orbetello has to culinary reputation to match its cultural heritage.

The city is famous for its bottarga, otherwise known as poor man’s caviar. But don’t let the name fool you, bottarga actually quite expensive, and is essentially cured fish with a smokey flavour not unlike caviar, hence the name. It’s sort of the Italian version of smoked kippers, but cured until it’s rock hard.

Orbetello’s signature dish is spaghetti with thick shavings of bottarga and a drizzle of olive oil – simple and simply divine!

You can try spaghetti alla bottarga and Orbetello’s other lagoon delicacies at:

.
And finally, if you’re looking for the best time to visit Orbetello, it’s during Gustatus. A legacy in the Tuscan Maremma, this festival is renowned for its great food, fun music and luxury car shows. What more could you want in life?