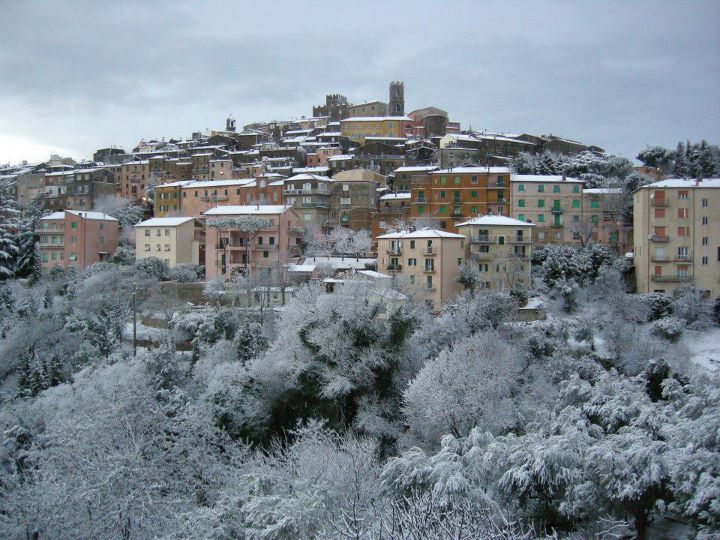 It’s still snowing in the Maremma, as you can see from the picture above.

In fact, this is the most snow my little Southern Tuscan region has experienced in more than a century. Most of us are taking it in our stride.

A dear friend of mine was snowed into her house. Two metres of snow blocked her doorway, but she climbed out the window and is now enjoying herself tremendously, going from friend to friend recounting the terrible experience.

My mother-in-law, who stockpiled enough food to feed a small army just before the snow hit, is smugly content in her weather prediction skills, and my husband is in a constant state of awe, driving from town to town taking pictures of two metre tall snow dunes, partially covered cars and the snow plows with utter glee. 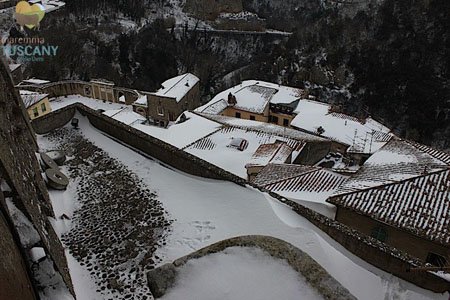 I’m stuck at home on kid watching duty, so in between the Manny Tutto fare and Bear in the Big Blue House, I’ve had plenty of time to think.

I can just imagine the Northern Italians scoffing at our exaggerated reaction to a mere three metres of snow. In fact, most of Europe would be calling us drama queens right about now, but you’d be amazed at just how under prepared we are.

Rome has come to a standstill because the emergency services thought they were getting three centimetres, rather than three metres of snow.

We’re not THAT bad off, but we’ve still taken quite a hit. Roads into the smaller towns and frazione are no-go zones, no one is getting or out. In Pitigliano, the emergency services were called to help those who have been snowed out and many of the roads are at risk of small scale avalanches as the weather heats up.

But I don’t want to stew on the weather conditions. I want to share an old family recipe of mine. When bad weather keeps me inside or when I’m just itching for something really traditionally and quintessentially Maremman, I make acquacotta.

Acquacotta is a Maremma staple. An extremely hearty vegetable stew, it was made by the farmers who would spend 12 hours in the fields for days on end during harvest.

As well as being extremely healthy and delicious, acquacotta is also very filling. It had to be. The farmers couldn’t survive all day long on vegetables alone, so the soup was enriched with bread and a perfectly cooked poached egg on top. 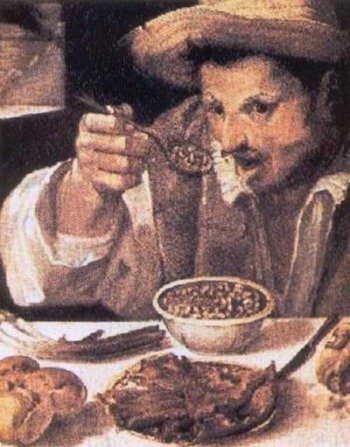 I love to use really seasonal vegetables whenever I make this. I know you can get carrots and potatoes any time of the year, but the traditional soup would have been made with whatever the farmers had picked that day.

This emphasis on seasonality is what defines Maremman cooking as a whole and it makes this soup extremely versatile. Just swap the vegetables with whatever you have on hand or in the fridge and you’ll have a new soup every time!

Perfect for a chilly winter’s day or if, like me, you’re snowed in with an almost bare pantry and three hungry munchkins with the sniffles to feed! 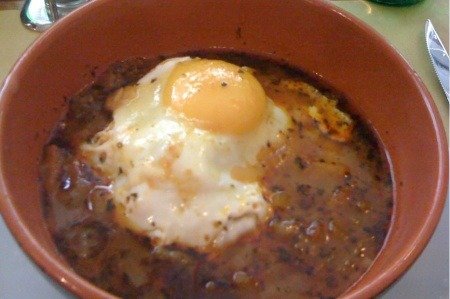 Heat 4 tablespoons of oil in a casserole dish. Add the vegetables and fry on medium-high heat for ten minutes.

Add the tomatoes, deseeded and sliced into wedges, a litre of water and a pinch of salt.

Boil for 20 minutes or until the vegetables are soft.

Fill another pan with a shallow layer of water. Bring to the boil with a pinch of salt. When boiling lower the heat to a gentle simmer.

Break eggs into a bowl and slide them one at a time into the pan of water. Cook for 3-4 mins or until the white of the egg is set and opaque.

Remove from the pan with a slotted spoon .

To serve:
Place a slice of toasted bread and the bottom of each bowl. Put the poached egg on top and pour the vegetable stew over it. Grate over a generous amount of pecorino cheese and enjoy.