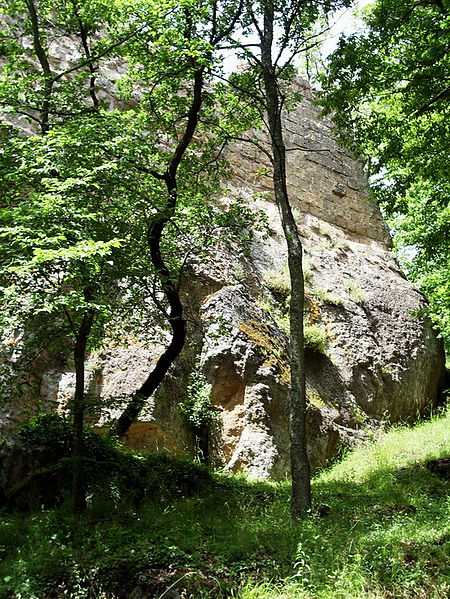 The path to Vitozza is tight, winding and, honestly, a complete mess.

Driving down it, I’m tempted to turn back, telling myself there’s no way Italy’s largest rock city could be hidden at the end of a dirt road.

But to my surprise, the dust lifts to unveil a vast, lush forest, where towering trees block out the sun and the temperature is wet and cool even on a sunny day this late in April.

It’s here, under this wild forest that hundreds of people used to live, some in houses, but most in massive caves. And by caves, I literally mean caves. Carved deep into a huge cliff of rock and surrounded by endless rows of oaks and firs.

Vitozza is about 10 minutes from Sorano,  but the people who lived here had no interest interacting with this medieval city. Instead they created their own little world among the tangle of trees.

The origins of Vitozza’s rock city can be traced back to the 12th century, but archaeologists have found evidence to suggest the first men to live in these caves were prehistoric, arriving before the Etruscans.

As far as I know, historians have no idea why an otherwise healthy community of people would want to go and live in a cluster of caves deep in the Maremman forest. 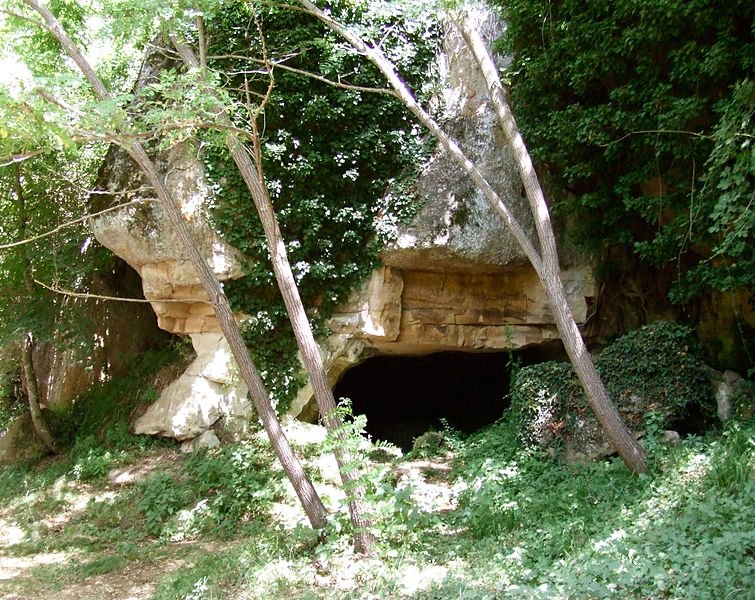 It’s possible that they were trying to escape the Aldobrandeschi, who were cementing their undeniable and absolute power in the Maremma during this century.

Whatever the reason, Vitozza is now one of the most incredible and unbelievable sights in the region, and almost no one knows about it.

All in all there are 200 caves hidden among the trees. Some are natural, while others were carved out by the people themselves.

Now your immediate thought is probably that whoever lived in these caves wasn’t particularly smart, but in actual fact, Vitozza’s community was incredibly well organised.

The first batch of caves you come across are two to three stories high. The upper caves would have been the people’s homes and were accessible by wooden bridges  and ladders that would have been raised at night for security.

The second batch of rectangular caves were where they housed their animals, while the third are shaped almost like semi circles and would have been communal dining areas.

But it’s the final final group of caves that captured my imagination. They’re Roman built and have been nicknamed colombari (doves) because they were where the people of Vitozza raised the doves and pigeons they sold at the local market to support their community.

Further out into the forest, you’ll even find an old Aldobrandeschi castle complete with towers and a moat. If you get a little closer you’ll see the castle protects a quaint little church and a few crumbling cottages – remains of Vitozza’s most habitable city.

Amazingly, people lived in Vitozza’s caves right up until the end of the 17th century.

For the rest of Europe, the 17th century  was a time of innovation and, yes, while others were inventing the reflecting telescope, champagne and the pressure cooker, it might seem strange that these Maremmani were living in caves.

Isolated, they spent their days like their ancestors did, getting everything they needed from the land, unaware of the grand manor houses and submarines that were being built elsewhere. 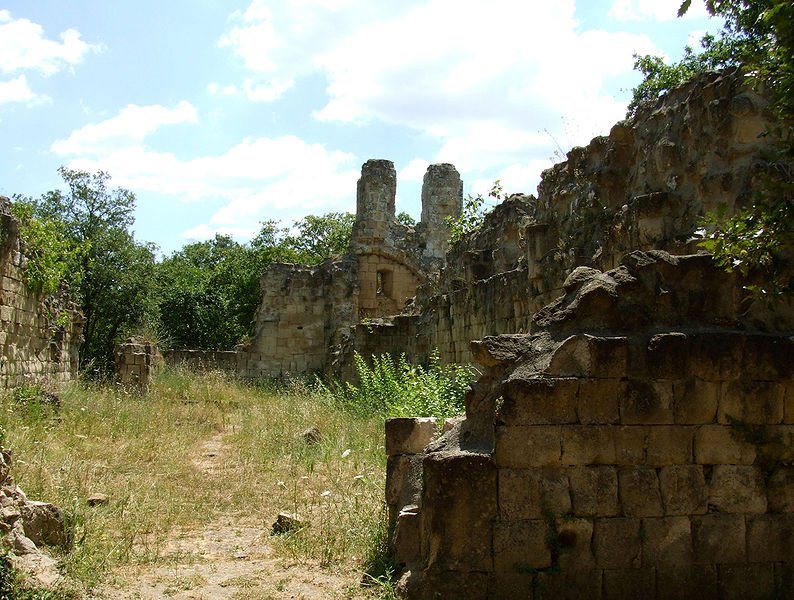 But it’s this that makes Vitozza so enchanting. When you leave that dirt road and walk under the shelter of trees, you’re leaving the modern world.

Vitozza is truly Maremma of the Middle Ages, no tourist shops and no gimmicks, just grottoes as they were 400 years ago, carved into the landscape as everlasting symbols of a population that lived a simple life in a natural paradise.

And just for the record, the people didn’t want to leave Vitozza in the 17th century. They were forced to move by the Grand Duke of Tuscany, who didn’t think it was proper for his people to be living in caves.