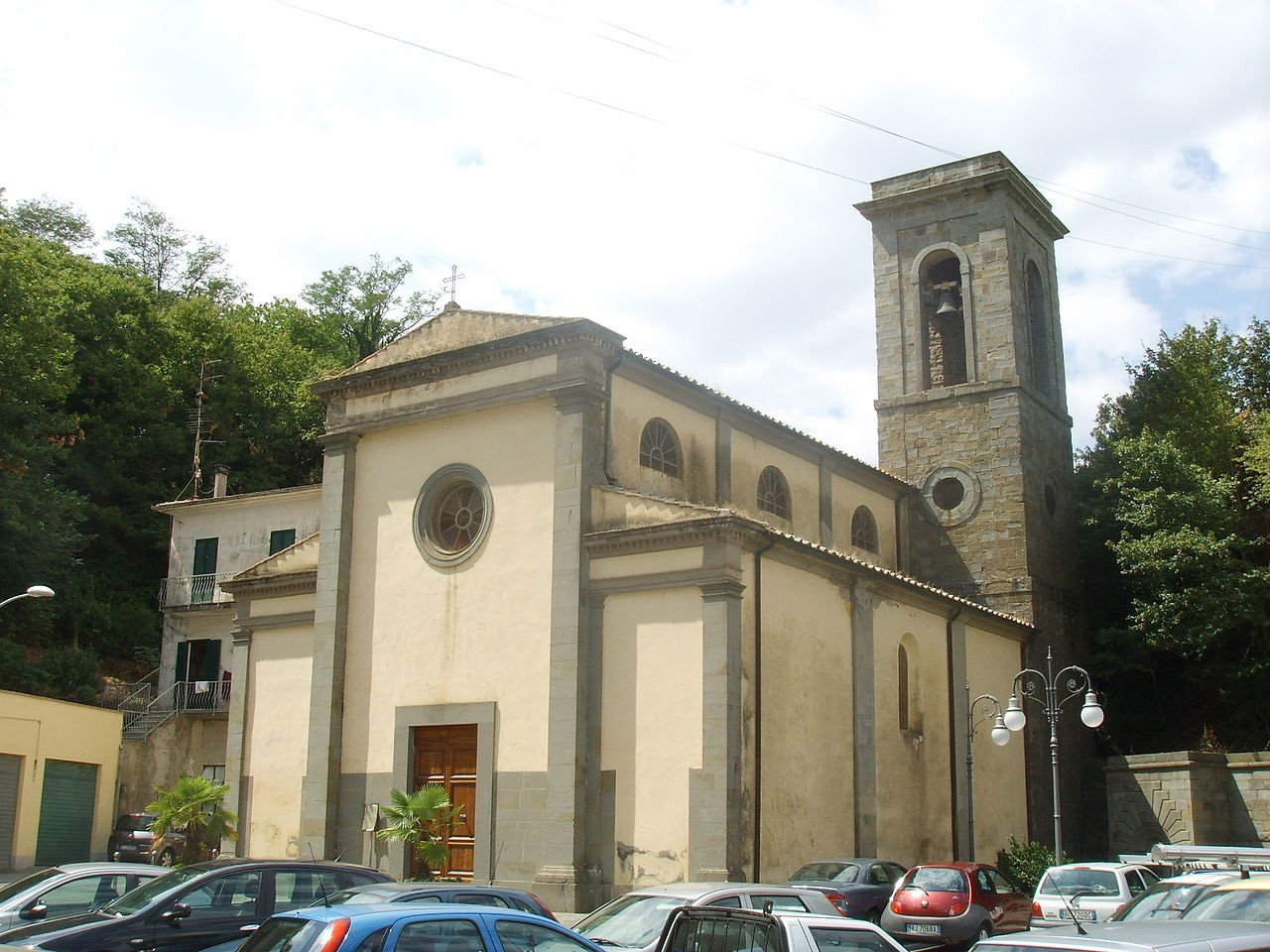 In 1862, this early 17th century church was damaged by flood waters and a new neoclassic building designed by Louis Vannuccini was built and inaugurated in its place in 1867. This is the church you see today.

Like any good neoclassical church, its facade is minimalist with a cream render and grey detailing.

Inside, above the main altar, is a canvas of the Madonna delle Grazie from the original 17th century church. This is by a Sienese painter thought to be Alessandro Casolari.

In Scansano, the Chiesa della Madonna delle Grazie is called the Madonna delle Botte. This rather vulgar nickname was inspired by a legend that is closely tied to the Casolari painting.

According to locals, the painting was found in an oak wine barrel that had rolled in from the countryside and stopped in the exact spot where the church now stands. Madonna delle Botte literally means Madonna of the Barrels.

This sweet, if far-fetched, legend has transformed this modest church into somewhat of a cult figure. It is regarded as one of the most important Marian churches in the diocese and a favourite among the Scansanesi.

It’s modest by most standards, but definitely worth a look, if only to see what all the fuss is about.