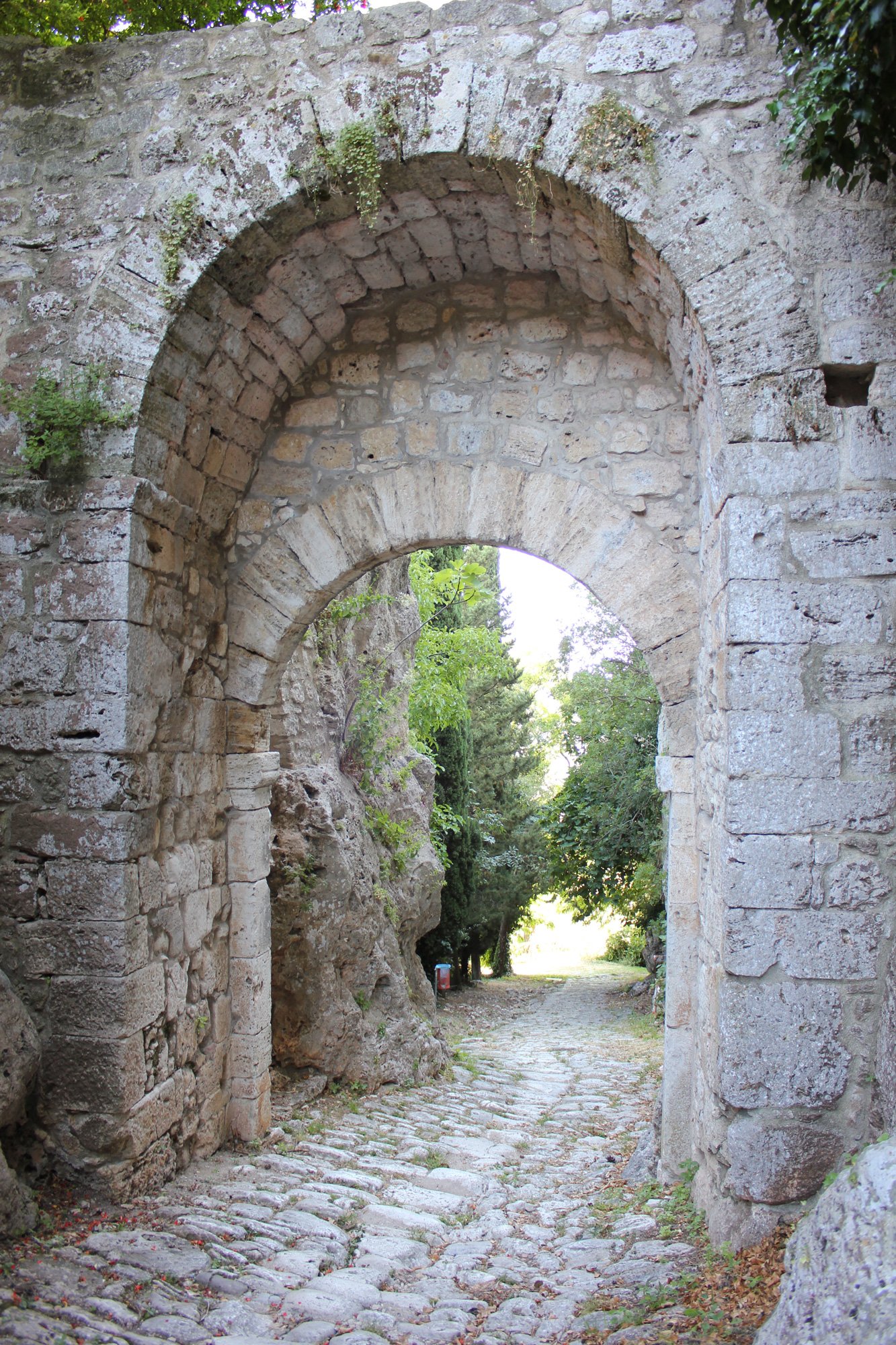 La Porta Romana is an ancient gateway which opens on the southern side of Saturnia.

It isn’t easy to find. You have to head for the direction of the fortress, which is unfortunately private property, and walk behind the Chiesa di Santa Maria Maddalena.

But it’s worth the round about trip. The archway sits at the feet of Via Clodia – one of the last remaining Roman roads to not be covered or replaced by their medieval contemporaries.

Locals say you can follow Via Clodia through the Maremman countryside to Sorano. I’m not sure if it’s true because I’ve never tried it, but the two towns were connected during the Roman Empire.

The arch itself is part of an even older wall, which, while impossible to see today, dates back to the 2nd century BC when the Romans created their own settlement not far from a pre-existing Etruscan one.

Historians believe this arch was one of four original Roman gates. It’s the only one left now though and was partially restored in 82 BC as part of a Roman effort to expand the walls.

It underwent further restorations during the Middle Ages and again when the Sienese took over in the 15th century.

As well as being incredibly beautiful to behold, the arch is essentially a stone history book. The discerning eye can make out the different stylistic elements that were added by Roman, medieval and Sienese hands.

But if you’re not that good, don’t despair. The arch hides in a lovely and tranquil corner of Saturnia, shaded by tall oaks. Just sitting here is enough to transport you back to the days of the Roman Empire.