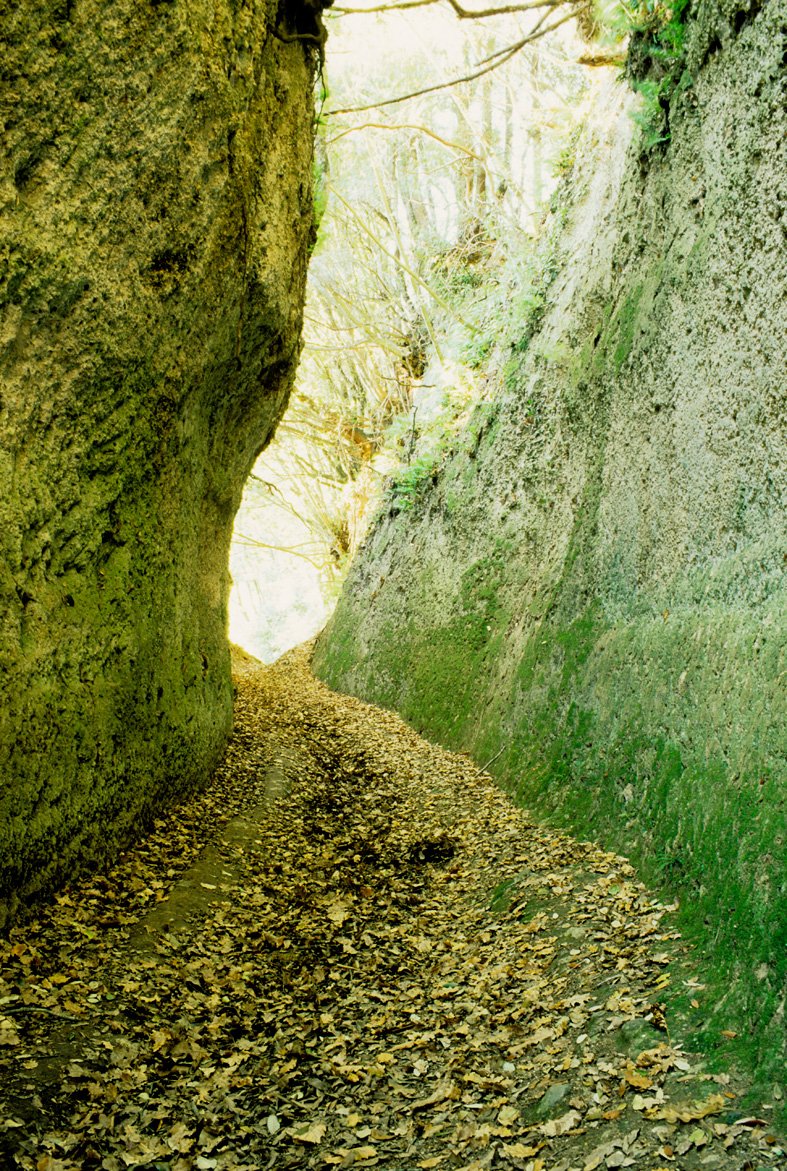 At 9km from Pitigliano on the road towards Manciano, Poggio Buco was once part of an ancient Etruscan settlement known as Statonia or Bomarzo, historian aren’t 100 per cent sure which one.

Regardless, they do know that the majority of the settlement was built in the 7th century BC, but archeologists have found some graves that date back even further to the prehistoric Eneolithic period.

Little of the city remains other than the striking Poggio Buco necropolis and the remains of a 3km wall that once protected the settlement from the wild countryside.

To be honest, there are few reminders of Maremma’s Etruscan past like Poggio Buco. Hidden in the undergrowth of the Tuscan countryside, this necropolis is truly an incredible historical treasure that has to be seen to be believed.

You can visit Poggio Buco and wander around the remains of the Etruscan city almost any time of the year. It’s located in an area known as Le Sparne, Poggio Buco, just outside of Pitigliano, but it’s pretty hard to find.

As always, the best thing to do is pop into the tourist information centre in Pitigliano and they’ll be more than able to help you out.