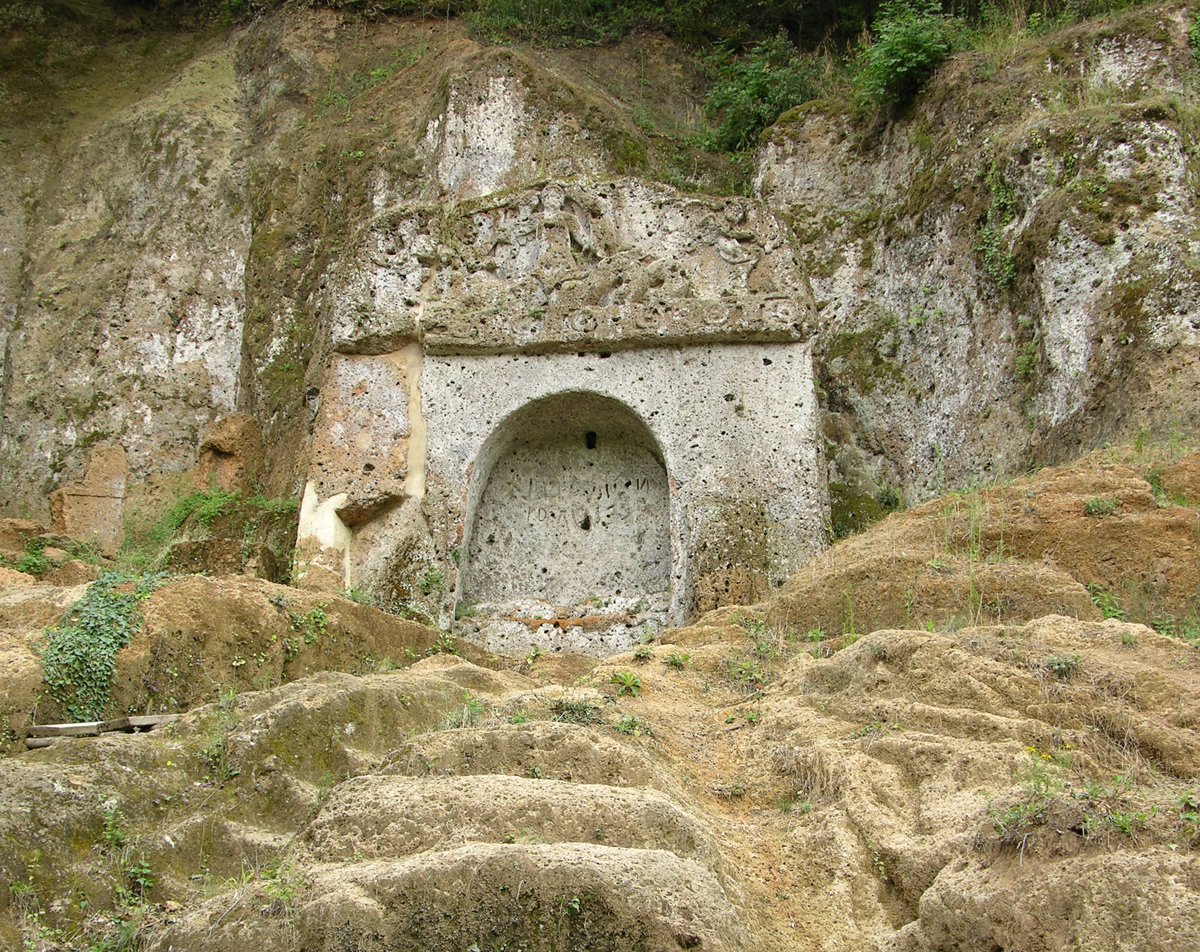 Hidden in an incredibly wild forest, this ‘rock’ is one of the oldest symbols of civilisation in Italy today.

It’s not technically in Pitigliano. Instead you’ll find on the road to Sovana. It sits on top of an ancient Etruscan tomb and, according to historians, dates back to the early Christian era around 397 BC.

The rock itself was originally part of an Etruscan temple, but was later transformed into part of the tomb, and then again into a wine cellar.

You can still see the small cave, which is next door to the rupestre, and was once used as the main worship place for the Etruscans who lived in the area in the 4th century BC.

If you want to visit the Oratorio Rupestre, and I don’t see why you shouldn’t, especially if you have an interest in ancient history, then stop by the tourist information centre in Pitigliano and ask for directions.

The rock, and still-standing Etruscan walls and roads around it, are in the middle of an incredible forest, so it’s a bit of a walk to get to them.

But the scenery is almost as beautiful as the ruins themselves and makes the trip even more worth it.