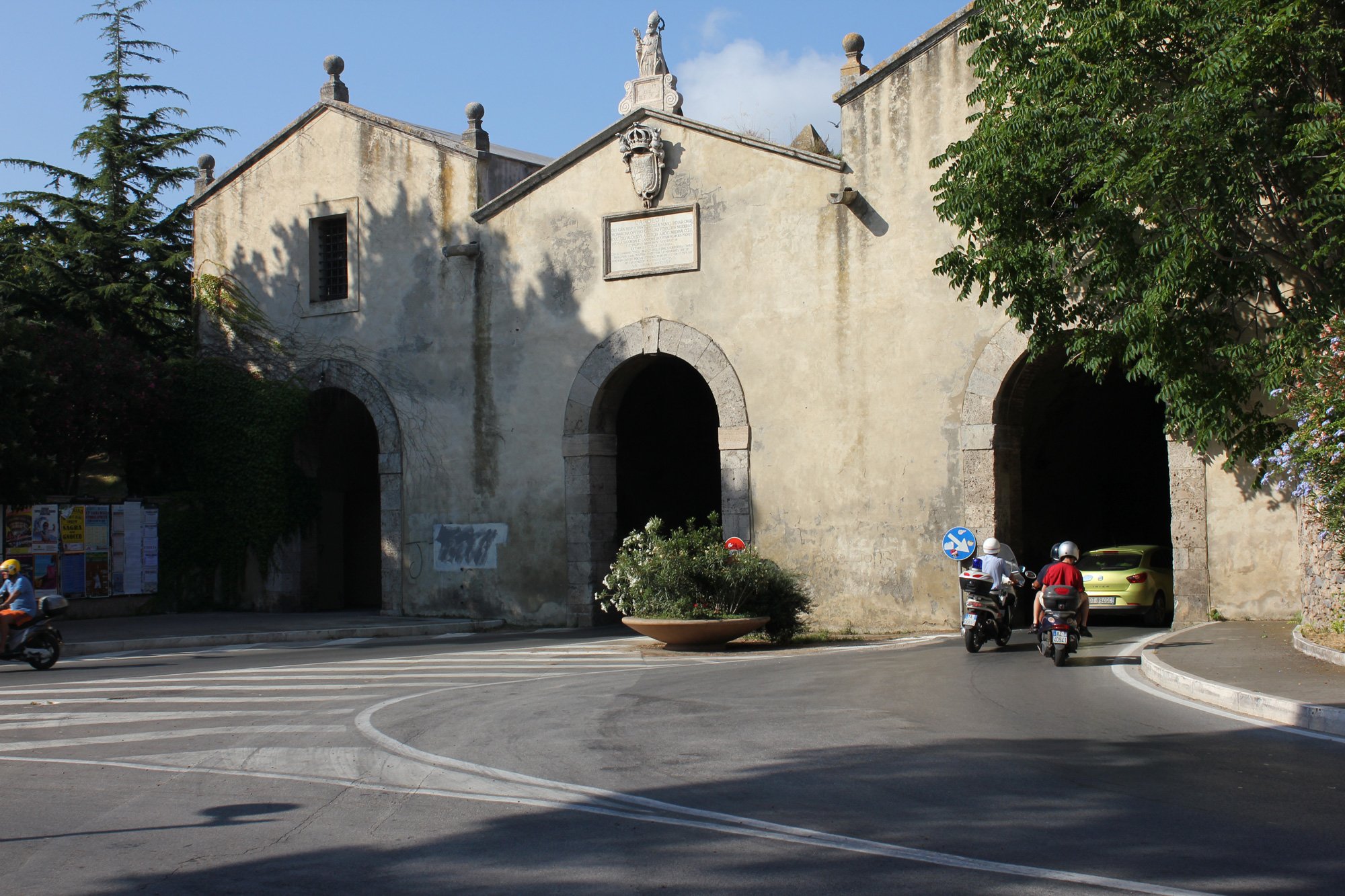 Joined to the wall that encircles the city, this Baroque-style archway is the first monument you see as you enter Orbetello, just forget about touching it. It’s in the middle of a very busy roundabout!

A stretch of this ancient city wall is still in good condition along Via Mura di Levante, even if the baluster was built in the first decades of the last century.

A medieval section was added to the original Etruscan wall at the same time as the Porta a Terra in the 13th century, then fixed in the 14th and fixed again in the 15th.

The Spanish added their own little touch, covering much of the original wall with their own designs in the 16th and 17th centuries.

Today the wall around Orbetello is a confused mix of architectural styles, some in better nick than others, but, as you can tell by the picture above, Porta a Terra is still in incredibly good condition.

Even though it’s not Etruscan, it’s a majestic work that I think has come to symbolise Orbetello’s proud history. I love how it looks like an old church or villa rather than a city gate.