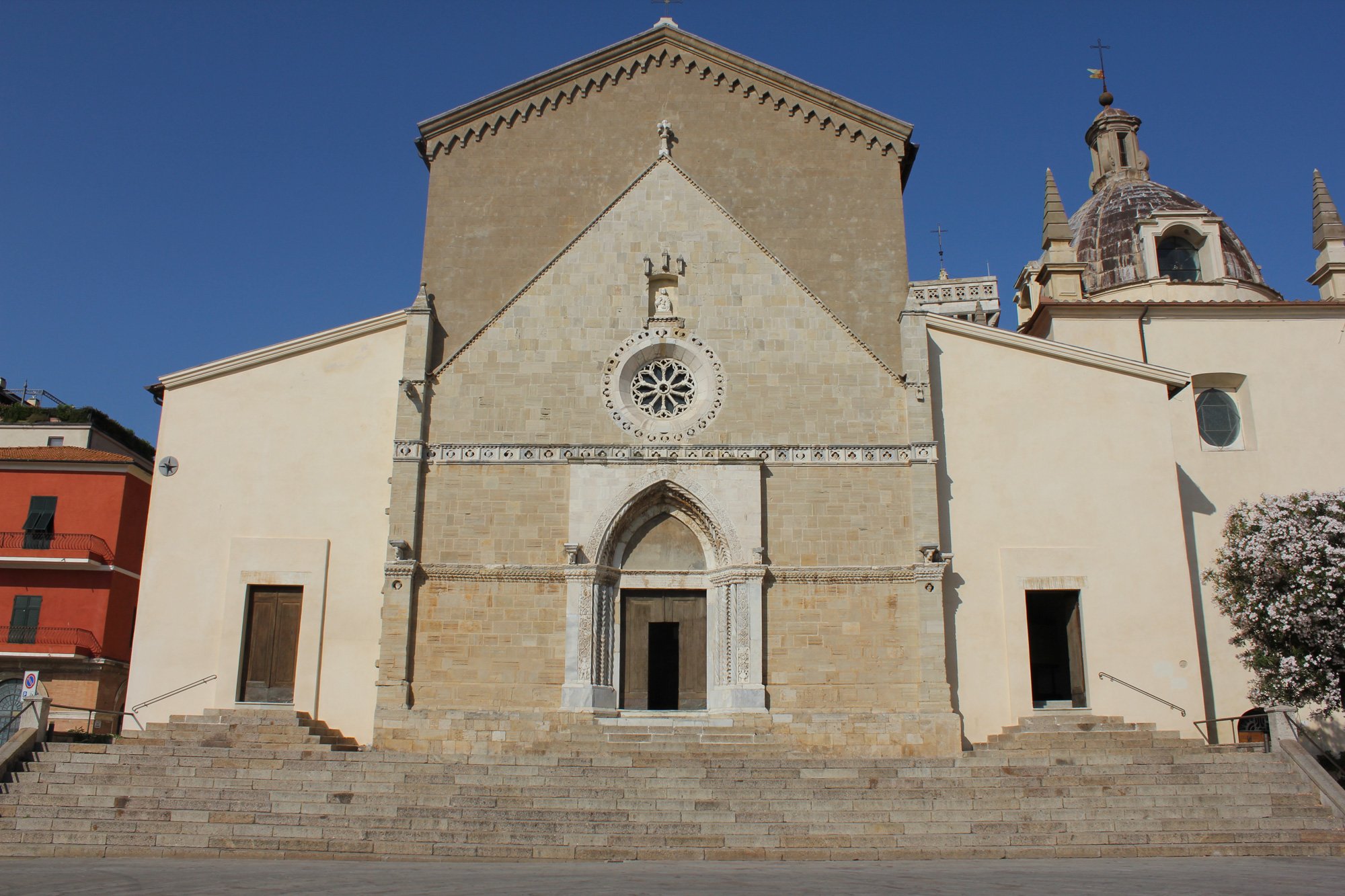 Orbetello‘s Duomo was finished in the 14th century. Its late Gothic facade is richly carved with an ogival portal, topped by an elegant marble band and decorated with human busts.

The beautiful rose window that sits at the centre of the facade is surrounded by rather angelic-looking men carved into the stone. The bust of Jesus Christ with a chalice in his hand sits above them.

From there, the Cathedral is a mess of lush sculptural decorations from columns with spirals and rosettes to pillars adorned with vines and birds and the coat of arms of Orbetello- a lion spearing a fish.

Inside the cathedral are three elegantly decorated naves. The most beautiful is the Capella di San Biagio to the right side of the church. 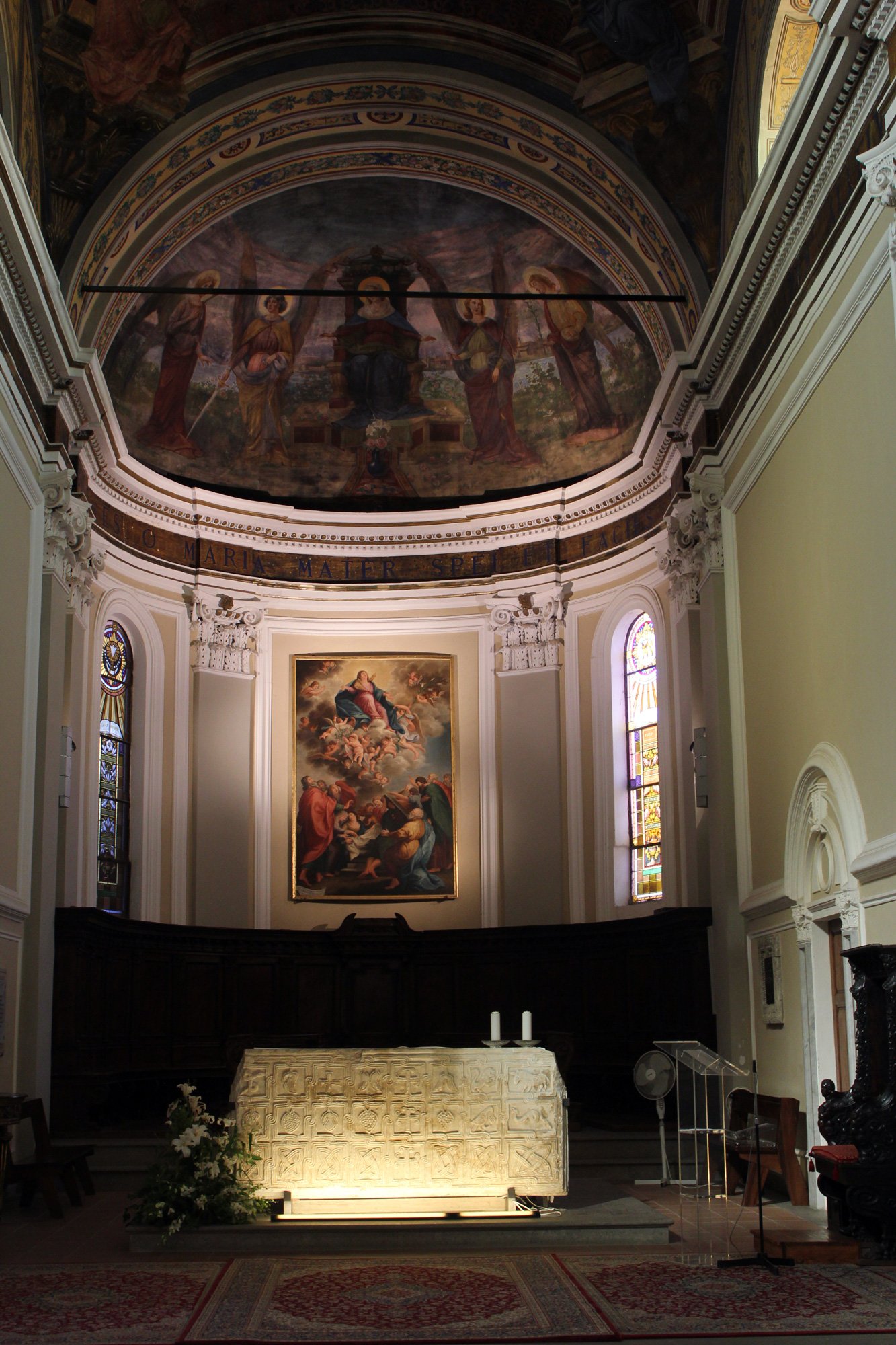 At its centre sits St Blaise’s head, enshrined in a precious silver-embossed reliquary bust made in the 19th century.

Luckily, the rest of the chapel’s decorations are more mainstream.

In 1964, the medieval slab that makes up the chapel’s altar was cleaned to expose a rare grid system of 24 panels decorated with vegetal elements, and zoomorphic and geometric symbols.

Next to the Capella di San Biagio are two 17th century tombstones, while in the sacristy is a polychrome wooden statue of the Virgin Mary.

The chancel choir stalls (1614) are decorated with depictions of the Madonna and Child enthroned between angels with the Orbetello Lagoon as their background. It’s not often that a Maremman church gets artwork that is specifically created for it with its local landscape in mind.

To the left of the presbytery is a Neo-classical chapel dedicated to the Blessed Sacrament.

It’s a lot to squeeze into one cathedral, but this is one of Maremma’s most important religious buildings. I’ve spent hours exploring Orbetello’s Duomo and I’m yet to truly appreciate every hidden corner of it.