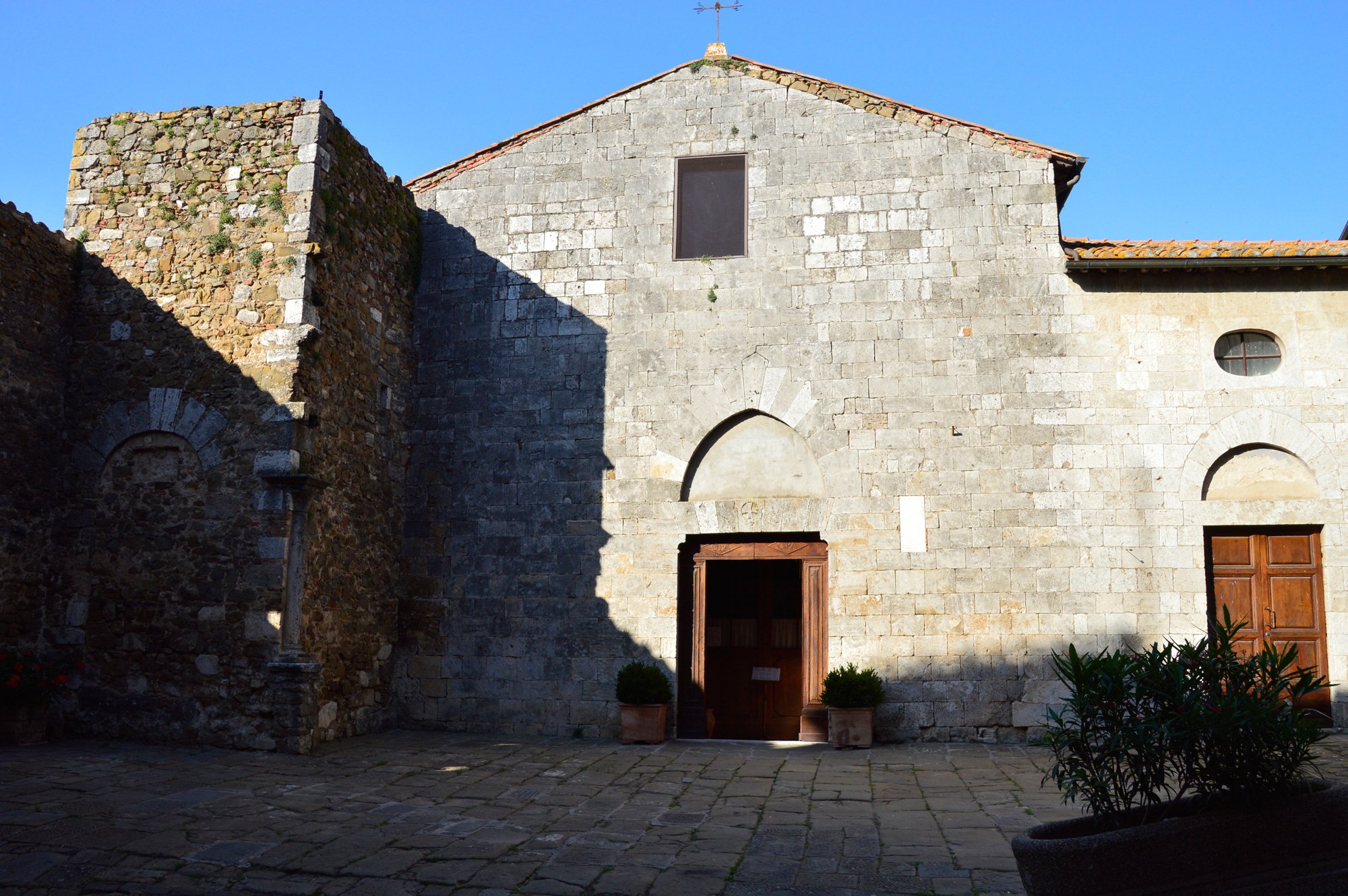 This church epitomises the incredible, but concealed beauty of Montemerano. It’s one of the region’s most important religious buildings both for its fresco works and for its art, much of which was produced by the Sienese School between the 15th and 18th century.

Every time I step into this church I lose the power of speech. You just don’t expect the beauty hidden inside.

On one side is an 18th century baptismal font, on another a canopy carved out of rich, dark timber in the 16th century. The font is painted in vibrant colours that sparkle in the attached mirrors and throw light around the room.

Then on another side still is the most incredible tabernacle, carved completely out of gold and set with sparkling jewels. It holds the relics of an 18th century cross.

If that wasn’t enough, every inch or free wall space in the Chiesa di San Giorgio is covered in  exquisite frescos.

These works depict religious figures like the much revered San Giorgio himself and the Madonna, as well as scenes from the Bible. Keep any eye out for the nativity scene complete with three very colourful wise men!

As splendid as that all sounds, it’s not what draws the tourist. That honour rests with a work that is both beautiful and intriguing – ‘La Madonna della Gattaiola’ (below). 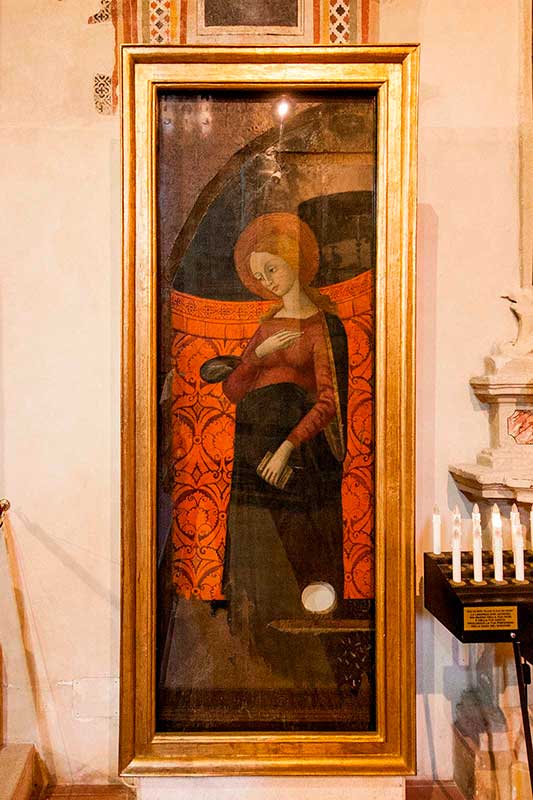 Painted by an anonymous painter known only as the Maestro di Montemerano in the 15th century, this piece, thought to have once been a wooden table, depicts the Virgin Mary in all her glory. But it’s the legend that surrounds it that really enthralls.

According to locals, days of heavy rain centuries ago destroyed the town’s attic door, exposing their communal store of grain, cheese, meat and fruits to the elements.

Unwilling to wait for a new door to arrive, the attic keeper found an old table with the Madonna painted on it and decided to use it to seal off the attic.

But before he put it up, he cut a small door at the bottom of the table to ensure his beloved cat could enter the attic and catch the mice that threatened their food.

It is this small cat door, which can still be seen on the work today, that earned Madonna della Gattaiola (Madonna of the Cat Door) its name. Not to mention its fame! Locals are convinced there isn’t another piece of art more beautiful or inspiring in all of the Maremma!