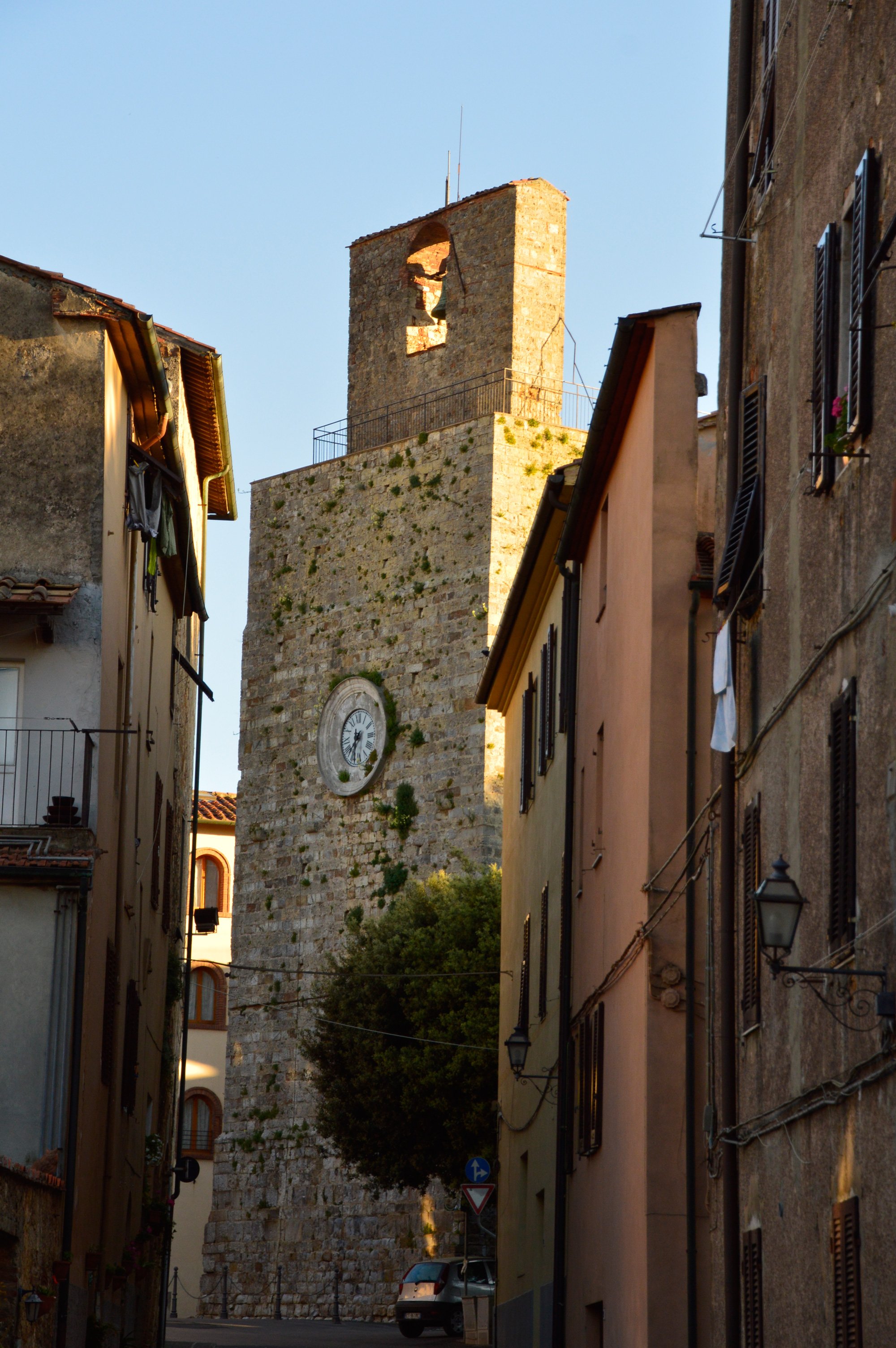 When Massa Marittima became part of the Republic of Siena, the Sienese expanded the city’s borders beyond the medieval fort built by the Pisans. The Torre del Candeliere and Sienese Fortress are part of this newer section of the city.

Just after you leave the Piazza Garibaldi, you’ll spot a side street that climbs a very steep hill. At the end of this hill, there’s a wall and an archway. If you can make it up this hill, and I can tell you, in summer, it’s painful to say the least, you’ll have entered the Sienese section of the city.

The Torre del Candeliere or Candlemaker’s Tower was built for the Massetani in 1228 after they become a free state. I guess you could call it a sort of present to themselves, an outward symbol of their independence.

Unfortunately, the Sienese completely destroyed the tower when they took over in 1335. The building was rebuilt shorter than the original design and connected to the Sienese Fortress, which was added after Sienese occupation in an effort to control the rebellious townsfolk.

Today both the tower and the fortress are open to visitors.

The tower was transformed into a bell tower in the 15th century, when the first clock was added. This clock was replaced in 1760. After you’ve bought your ticket, you can climb the stairs all the way up the tower and admire the original clock mechanisms.

When you reach the top of the tower, you can walk out onto the bridge and look out onto Massa Marittima. On a good day, you can see all the way to Elba Island where Napoleon Bonaparte was exiled.

The view from up here is truly spectacular. You can almost imagine what it was like to be the Sienese rulers. To stand on this bridge and admire your kingdom and keep an eye out for any trouble.

From up here you can see every street and via of the city. You can watch the Massetani go about their business and the tourists cover the piazza like multicoloured ants. It’s a liberating feeling and definitely worth the small entry fee, just be prepared for an arduous climb to get to the top!