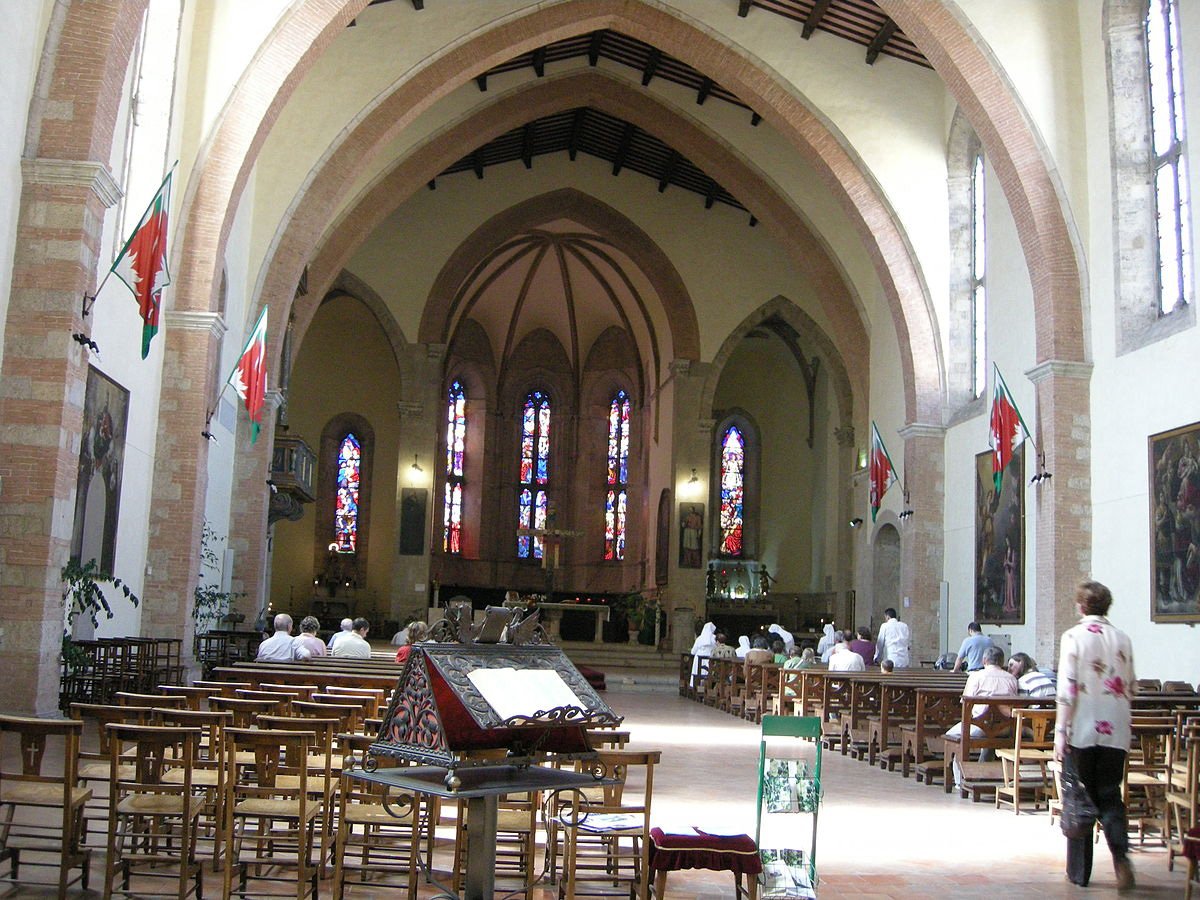 The church of St Augustine is the most magnificent example of Gothic architecture in Massa Marittima and most other cities in the Maremma.

It was built in 1299 at the request of the Bishop Orlando Ugrugieri. You’ll find it in the newer section of the city, past the Porta Monumentali and Piazza Matteotti, and on Corso A.Diaz

The entire church is beautiful, but it’s the apse that will really take your breath away.

With its long thin windows and crenelated roof, the apse has an elegance that you normally don’t get from other ostentatious Gothic buildings.

The beauty of this section of the church is amplified by the simple austerity of the rest of the facade, where the only decorative touches are around the front door.

To the left of the apse are the cloisters, built in 1410 with their grand columns, and the bell tower, added in 1527.

Inside the church, you attention is immediately drawn to the stainted-glass windows in the apse behind the altar. This is the most beautiful section of the interior. The bright colours of the windows are a vibrant complement to the bare stone arches that adorn the rest of the church.

Most of the paintings are from the 15th and 16th century Sienese or Florentine schools. There seems to be a preference for light and colourful works, and every piece has a certain majesty that seems to suit the grandness of this church.

The most famous pieces here are by the Florentine master Lorenzo Lippi who painted the Flight into Egypt, which is on the right side of the church; and the Madonna and Child with Saints by the Caravaggio-like painter Rutilio Manetti.

Also keep an eye out for the marble tabernacle carved in the 14th century.