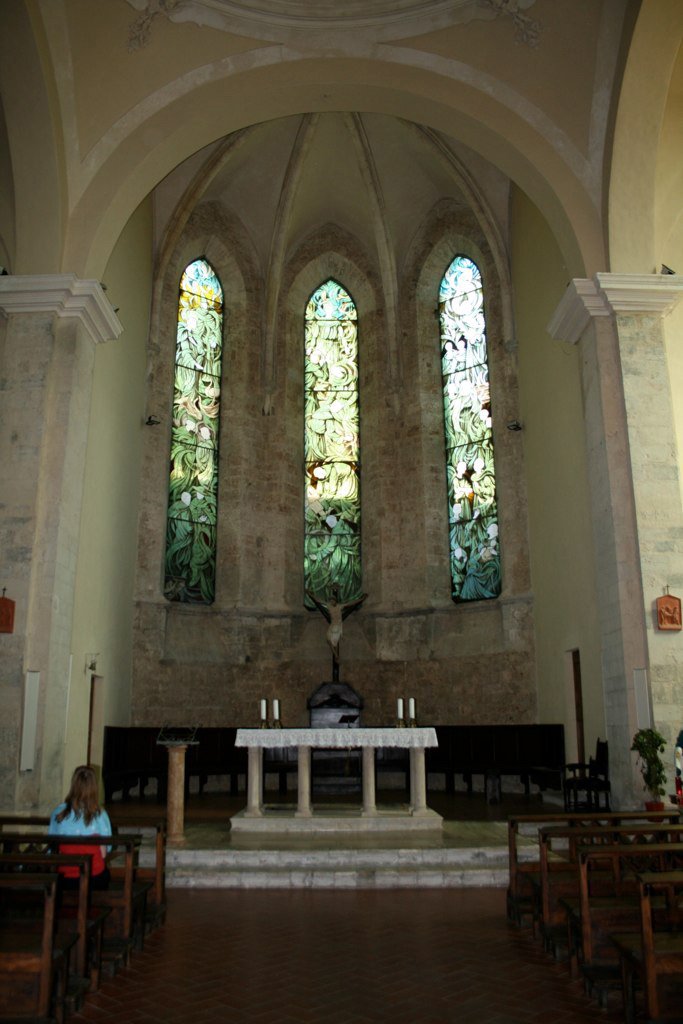 This pretty little church gets a mention because it’s in a beautiful corner of Massa Marittima.

From the piazza where the Torre del Candeliere is, you need to head in the direction of Via Albizzeschi. Walk under the Porta di San Rocco, which is actually connected to a very old and well-preserved 13th century wall. St Francesco’s Church is on the left.

It’s quite a walk and the church is, for some reason, inside the gardens of a very posh hotel, but its surroundings are lush and the adjacent monastery is venerable and old.

Both the church and the monastery were founded by St Francis himself, or so the legend says, in 1220. He chose a Gothic style that mirrored the austerity of all the religious buildings built in his name.

The wide and tall windows are unique to Massa Marittima. They mimic the religious style of the city during this period, which had a perchance for letting a lot of light into buildings.

Inside, the church is sparsely decorated. There is only one nave – a stylistic element St Francis insisted upon because he believed the parishioners would be able to see the altar better that way.

After years of decay and an earthquake, the nave was entirely rebuilt. Only one section of the apse remains from the original church.

As bare as all this sounds, the walls are decorated with some beautiful paintings. Raffello Vanni’s painting of the Assumption of the Virgin Mary with St Cerbonius and the three Massetani saints, Ambrogio, Bernardino and Giacomo, is exquisite.

Once you’ve left the church, take a moment to admire the gorgeous gardens around you and the view of Massa Marittima and the valley below, which you can only see from this side of town!