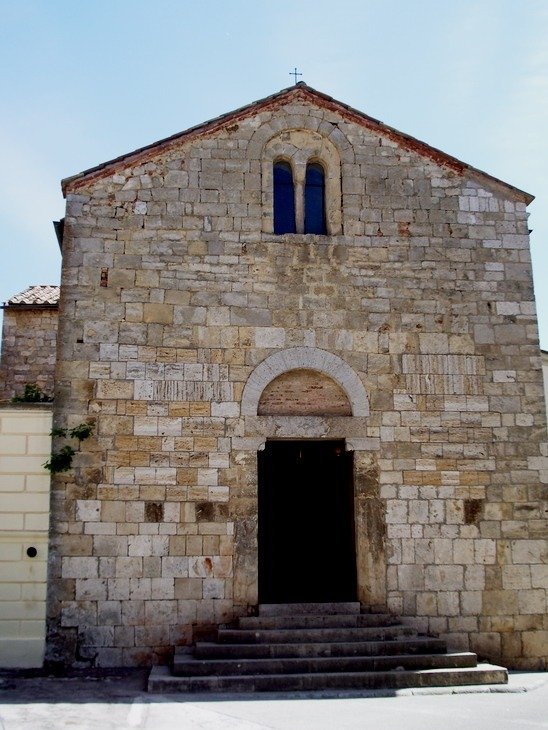 This church was built in the late 16th century outside the walls of Manciano‘s historical centre. It’s not as magnificent as the Chiesa di San Leonardo, but it has a simple elegance that’s impossible to ignore.

Originally, the Chiesa della Santissima Annunziata had a more refined and obvious late-Renaissance style, but it’s undergone so many renovations since it was first built that there’s hardly anything Renaissance left about it.

In the second half of the 19th century it was completely refurbished and enlarged to become the simple single hall with battered wooden doors and rather sparsely decorated facade you see today.

A bell tower was added on the right side of the church, but it doesn’t do much ringing these days.

Sadly this modest design decision was deliberate on the part of the Mancianese. Throughout the ages, the town has experienced periods of religious fervour and religious abstinence.

The 19th century just happened to be the latter and the locals decided that this ancient church needed to reflect the restraint and humble spirit those in Rome were calling for.

But as sparse as it looks on the outside, th Chiesa della Santissima Annuziata does hold its own on the inside. Most of the walls are covered in bright, but discreet works, except for one, which is adorned with a extremely valuable depiction of the Annunciation by Manciano’s other famous local painter Pietro Aldi.