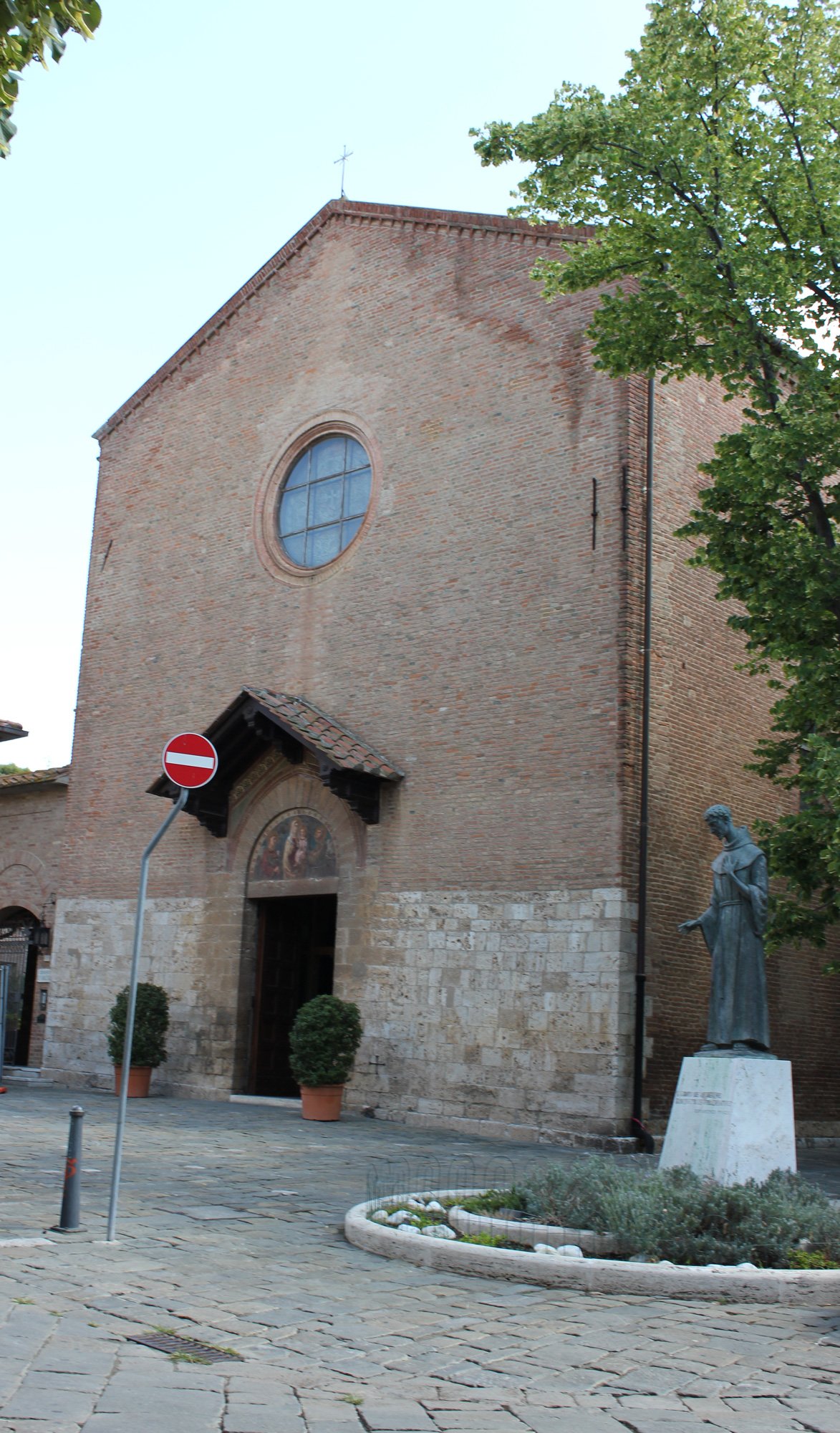 Originally dedicated to San Fortunato in the 13th century, this church once had an adjoining monastery for Grosseto‘s Benedictine cloister

In recent years, there have been whispers that the monastery was home to the Order of Minor Friars of Andrea Bento. Some scholars believe Andrea Bento was one of the first people to write in what we now know as modern Italian – it’s quite an illustrious accolade for such a small city!

The church itself has a simple facade with a lunette fresco inside and an absolutely stunning wooden tabernacle, which sits under a rose window.

Pretty much any blank wall or empty space in this church is covered by a precious piece of art or some religious treasure.

The most famous piece is a 13th century crucifix officially attributed to Duccio di Boninsegna. Recent scholars have come forward and questioned whether Boninsegna actually did make the crucifix or whether it was the work of Sienese “Master of Badia a Isola” Duccio or the extremely famous Cimabue.

Regardless of its authorship, the crucifix is still one of the most prized religious works of art in the territory. The suppleness of the body of Christ portrayed in the crucifixion is revolutionary and the amount of detail the artist managed to render onto the wooden figure’s face still leaves modern artists awestruck.

To the right of the church is a chapel dedicated to St. Anthony. This was added in the 17th century and decorated with frescoes by painters Francesco and Antonio Nasini.

In recent years, superstar Italian singer Adriano Celentano and Claudia Mori were married in this church. They celebrated mass at dawn to escape the photographers and the Franciscan Father Ugolino Vagnuzzi, who had been a friend of the couple for many years and spiritual advisor to many famous Italian artists, married them.

On the left side of the church lies the old monastery, where you’ll find the fascinating Pozzo della Bufala – a beautifully picturesque well carved out of stone in the 15th century for Ferdinando I.