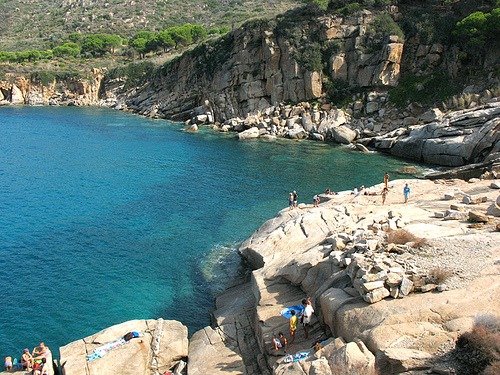 Giglio Island has some of Tuscany’s best beaches.

With plenty of coastline, there’s something to suit every taste, which is a good thing because these beaches can get quite busy during the summertime!!

Campese is Giglio’s most popular beach simply because it’s the easiest to reach. To get here, just catch the bus from Giglio Porto. Buses run every half an hour and tickets are €2 for a single trip.

if you’re looking for something a little more secluded, here are my favourite beaches on Giglio Island: 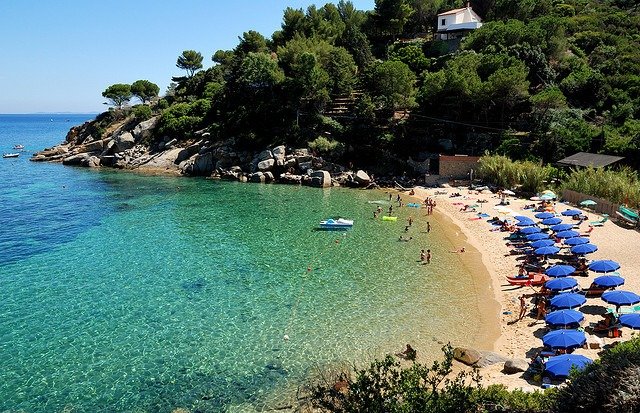 Cannelle is only 2 miles or a 15-minute walk south of Giglio Porto along the strada provinciale (the only main road out of the port and the same road the bus takes). This beach is made up of fine white sand and shallow warm waters, and is perfect for children.

That said, it’s not the nicest beach on the island and is usually packed with Italians during the summertime simply because they’re too lazy to walk elsewhere! You have to option of renting a sun deck and umbrella here, if you need them.

Two bays further south from Cannelle, this beach can be reached on foot. It’s a further 20 minute trek through the countryside from Cannelle. You can also take a taxi direct from Giglio Porto.

Not only is Caldane the most secluded and private of Giglio’s beaches, it’s also the most wild and evocative. You’ll feel like you’re on your own private island! The water is not the safest for children though as it can get a little choppy. 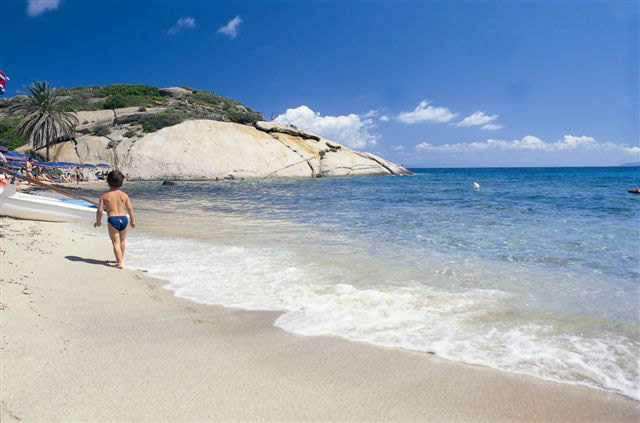 If you want to soak up the sun at Arenella, come early or during the lunch period as that’s when you’ll find the least amount of people. You don’t want to be here in the evening when the locals pack the beach looking for some relief after a long day at work!

You can reach all three of these beaches by taxi or water taxi if you don’t feel like walking. They can be booked from Giglio Porto. The trip will cost you a couple of euros.