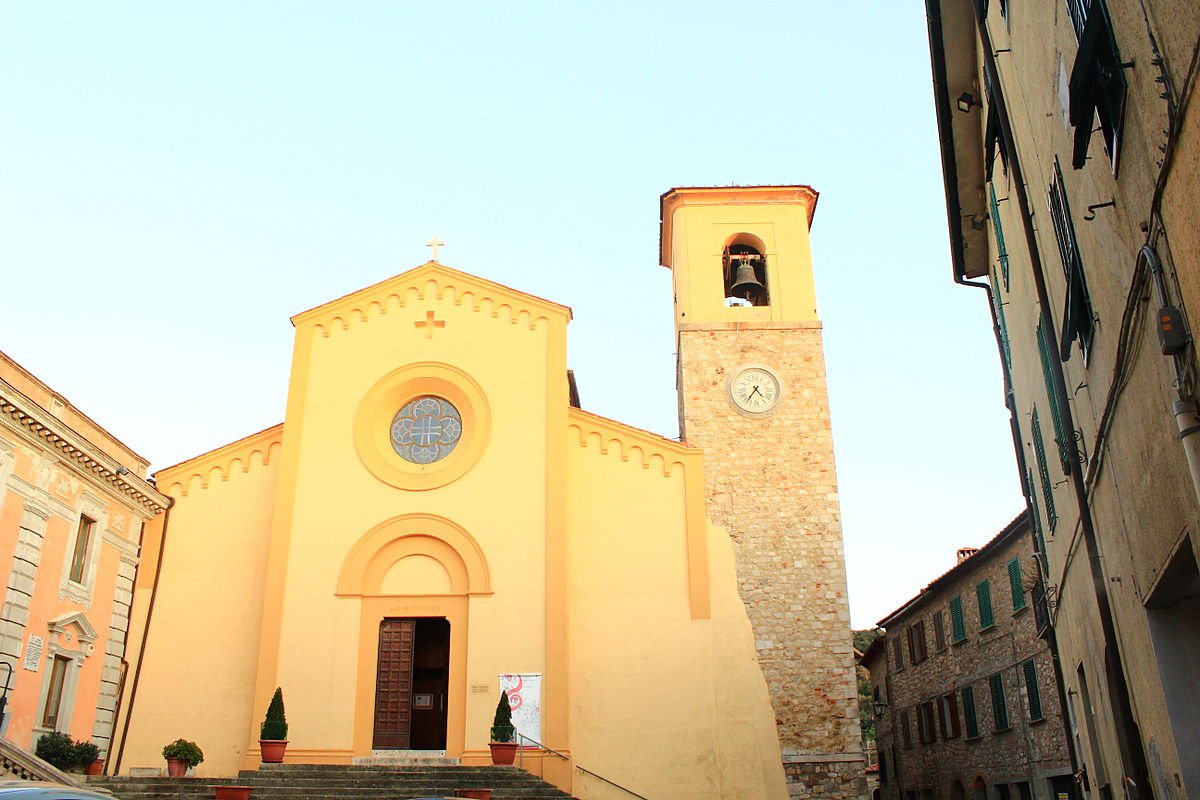 Built during the Middle Ages and completely renovated in the 18th century, this church is dedicated to St Julian and is home to some splendid works of art, including the 14th century statue Madonna con il Bambino by Giovanni d’Agostino – the man responsible for Massa Marittima’s magnificent Duomo.

This statue comes with a strange story. In need of desperate restoration at the beginning of the 19th century, the statue was given to a local artist who did a beautiful job fixing it.

The parish priest was so happy to have his statue back that he threw a huge party to celebrate. During the festival, one keen observer noticed that the statue was restored a little too well…it was a fake.

Gavorrano was thrown into a deep sadness as the statue was their most prized possession. Luckily, the original was recovered in 1935 after a brief stint in a museum in Rome.

Inside, pillars divide the Chiesa di San Giuliano into three naves with two side altars made from 18th century stucco. As well as that fascinating statue, there’s also a 17th century painting called the Madonna Buonconsiglio, which is displayed in a lovely 19th century frame. There’s also a 16th century piece called Annunciazione, which is a local favourite.