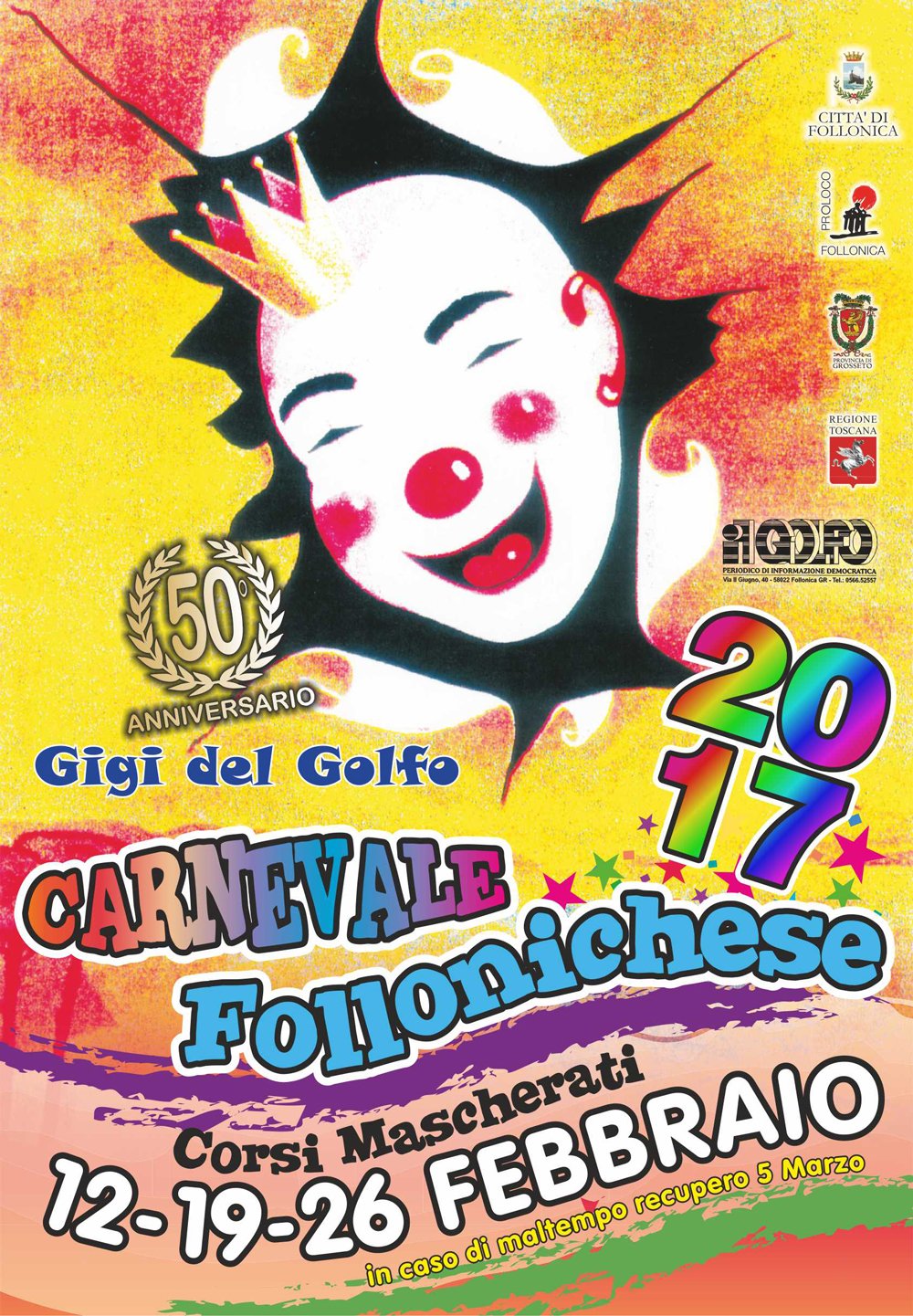 Early February- around the time of Easter

If you only manage to see one festival during your time in the Maremma, don’t miss this one.

Started in 1949, Follonica’s Carnevale celebrates everything that makes this such a fun time of year. The event is an international sensation with its own Facebook fan page.

There are children dressed up in costumes throwing streamers and silly string at each other. There are delicious sweets, pancakes and endless cakes and biscuits. And there’s plenty of music – traditional, modern, classical and even karaoke for those who want to show off their singing prowess.

Quite simply, it is impossible not to walk around Follonica during Carnevale with a stupid smile on your fact taking in all the colours and festivities like a little kid at the circus.

But there’s only one thing that beats all of the music, all of the delicious food, the submarine race, the wine tasting, the shows and art exhibitions… and that’s the annual parade.

Led by the newly crowned Re Carnevale (Carnival King), the parade explodes onto the streets of Follonica in a mess of bright floats, dancing children and thousands of tons of confetti.

Each year different local organisations spend endless months and endless euros building their floats for the parade. There are octopuses with moving arms, giant busty matrons who nod up and down, pirates on pirate ships and other characters from films and folklore.

The festival ends on 1 March in a much more sombre way than it began – usually with some live music and, of course, food and wine, but the parade continues to play on in the minds of the local children and adults who are already preparing their costumes and floats for the next year.

For more info and exact dates: check out the official Follonica Carnival website