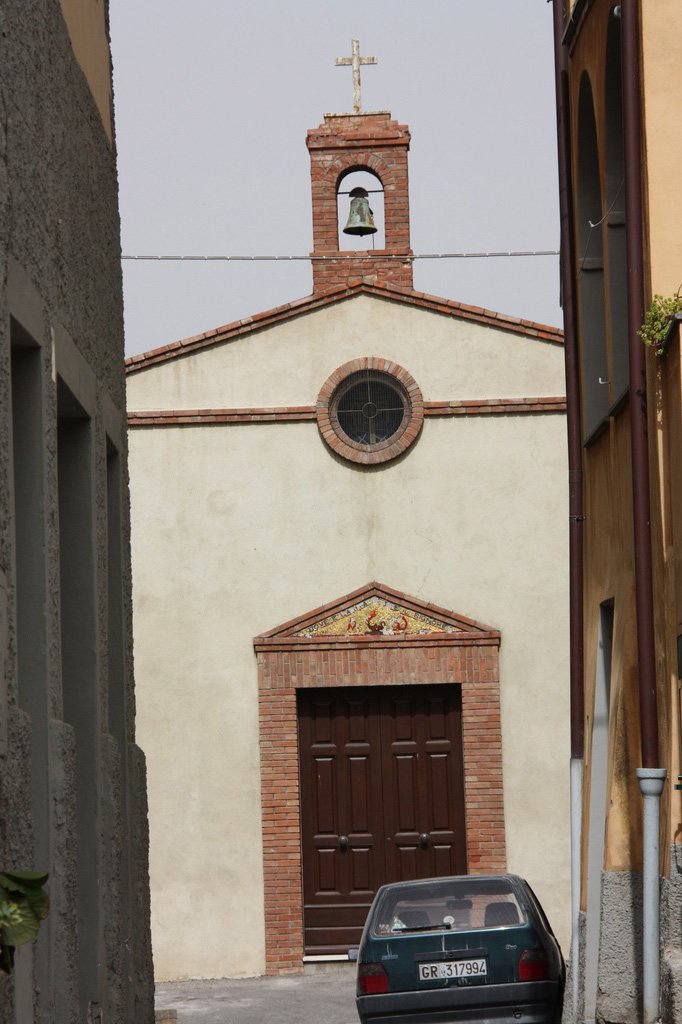 Not to be confused with the Oratorio della Madonna della Neve in Santa Fiora, this church was built in the late 15th century, but its current facade and crowning arches were added in the 20th century.

In comparison to others in Cinigiano, this church is small, it only has one nave, and rather sparsely decorated, only bright fragments remain of most of its once beautifully colourful frescos.

But the Oratorio della Madonna delle Nevi has its own understated charm that’s hard to match.

It stands out on the corner of a busy road, even though its facade is a rather drab cream with brown stone embellishments.

And inside you can hardly be disappointed. Especially if you’re a lover of brightly coloured stain glass windows. The ones in this church depict the Saints John the Baptist, Leonardo, William and Francis of Assisi.

So see, never judge a book by its cover!