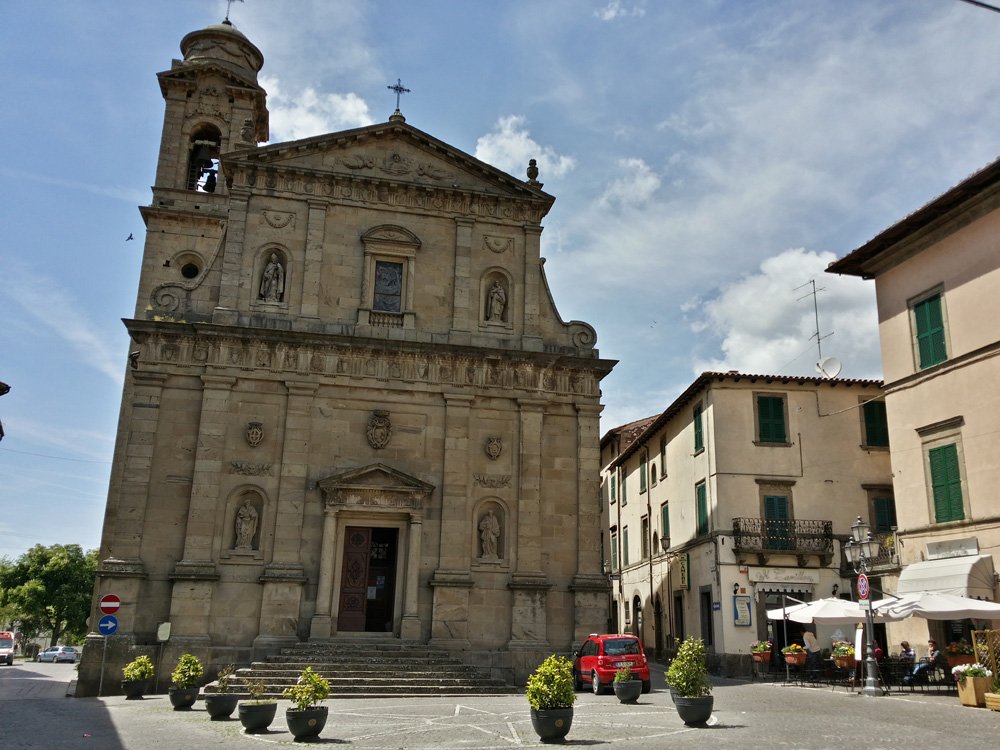 A late Renaissance building (inspired by Vignola), it was commissioned in 1490 and has to be hands down Castel del Piano’s most splendid church, despite the fact that its current facade and the bell tower (a project of the painter and architect Horace Imberciadori) were only completed in 1870.

Outside, the pediment is characterized by the image of God and angels and in the niches are statues of San Pietro, San Paulo, San Vicenzo Ferrer and San Niccolo, as well as the coats of arms of the Municipality, the Medici and the Savoy.

It is a sight to behold and quite simply too beautiful to describe is such a short space!!

In comparison, the paintings that adorn the interior seem almost inferior to the perfectly conserved fresco piece. However, there are some 17th-18th century works by renowned painters Francesco and Guiseppe Nasini, as well as a magnificient 19th century organ.

If you only get the chance to visit one of Castel del Piano’s churches, visit this one. You will quite literally lose hours just admiring the frescoes on the walls, not to mention the other splendours within!