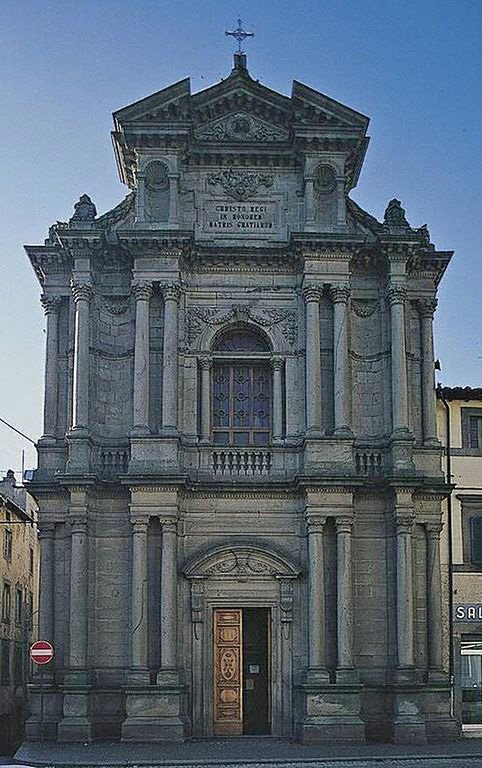 Built in the Renaissance style, this church stands out from the rest thanks to its striking facade, made entirely out of peperine – a brown or grey tufo rock embedded with fragments of basalt, limestone and various crystals.

Castel del Piano commissioned the church during the first years of the 16th century. If you look really close at one of the exterior walls, you can see a small inscription and niche said to have been used for the “collection of obols at the ransom of Christian slaves” (1656).

On the left wall, sits the 19th century adaptation of the ‘L’Assunta’ by Castel del Piano artists Anna Mosses and Alessandro Teerlink, as well as a copy of a painting by Spanish painter Murillo – the original is currently on display at the Hermitage Museum in St Petersburg.

The church’s magnificent 18th century central altar is adorned by a gold inlaid tablet by Sano di Pietro (15th century) and portrays the Madonna with child with Saints John the Baptist and Bartholomew and angels.

This tablet is so beautiful that there are various copies of it around the world. One is at the Museum of Art in El Paso in Texas, another at the Vatican, this time painted by Joachim Sorbelli in the 18th century, and another at the Palazzo Nerucci in Castel del Piano, copied by Francesco Nasini.