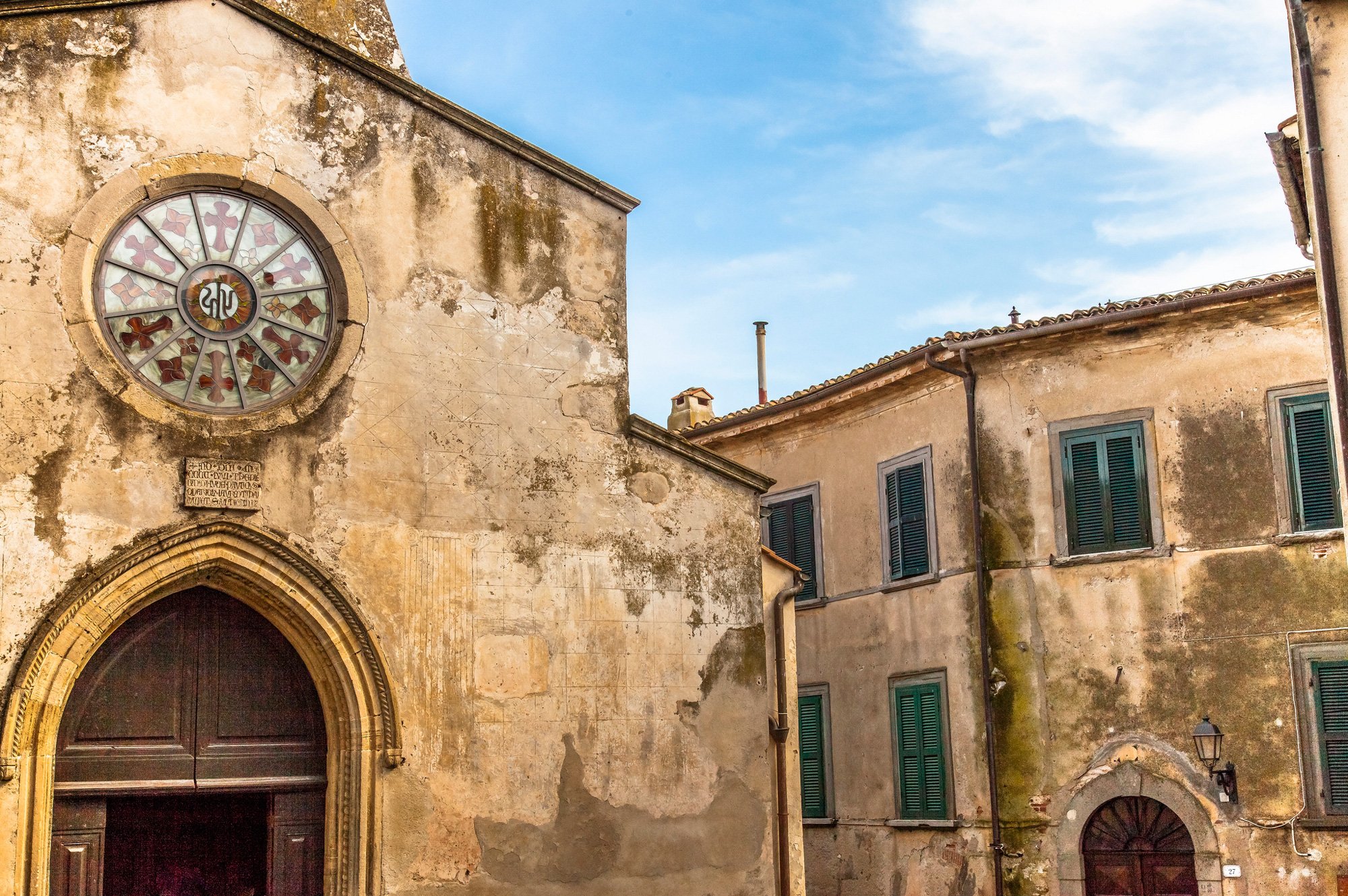 Not much of this church is left. Most of what you see today was added during the Renaissance and later.

Inside there is only one nave, but it’s richly painted with fascinating and intricate religious frescoes that make up for the lack of space and grandeur.

The frescoes the first two chapels on the right were painted by unknown artists from Umbria in the 15th century, while those on the left were painted by the Sienese school around the same time.

To be honest, this church isn’t much to look at on the outside. Alright, it’s down right ugly on the outside, but don’t let that scare you away. Time may not have been kind to the exterior facade, but inside, it still has all the charm and beauty of a typical Tuscan country church.

While you’re outside, keep an eye out for the marble sculpture of a man’s face on the right-hand side exterior wall. It’s a 2nd century BC mask of the Emperor Hadrian, which is thought to have come from the ancient city of Cosa.