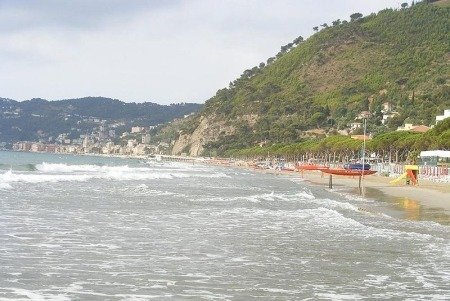 The coast of Capalbio extends about 12km from the border of Orbetello all the way to the end of Tuscany – that’s a lot of beautiful and often secluded beach just waiting to be explored!

If you’re looking for something safe and calm, it’s best to stick to the main beaches. There are three that line the coast and they all have ample parking, even if they do get a little crowded during the summer months.

The first is Chiarone, which is on the Aurelia highway in the direction of Stazione di Chiarone. The other two are Ultima Spiaggia in the Chiarone Marina and La Torba, just off the S.S.1 highway.

These beaches were also voted among the best beaches in Italy by the Guida Blu Travel Guide, published each year by the Italian Touring Club. They have both free and paid sections. You can expect to pay around €10 for two sun beds, an umbrella and use of the facilities per day.

For those feeling a little more adventurous, Capalbio has plenty of deserted beaches that usually require a bit of hiking to get to. I wouldn’t take a car load of kids, but there are some nice spots if you’re reasonably fit and don’t mind the walk.

They’re also impossible to miss – all you have to do is follow the coastline along the S.S.1 highways as it winds around Capalbio, pick a spot and make sure it’s not a WWF oasis – always check before you go for a dip.

Aesthetically, Capalbio’s beaches are all defined by coastal dunes and usually quite calm and warm water. If you wander far enough, you can even find some small coves and jagged cliffs covered in the quintessential Mediterranean brush: the juniper bush.

On a calm and warm summer morning, there is nothing better than a walk on the fine sand and a dip in one of Capalbio’s clear and unpolluted beaches. Then again, they’re also a great spot for an afternoon or after dinner visit too!