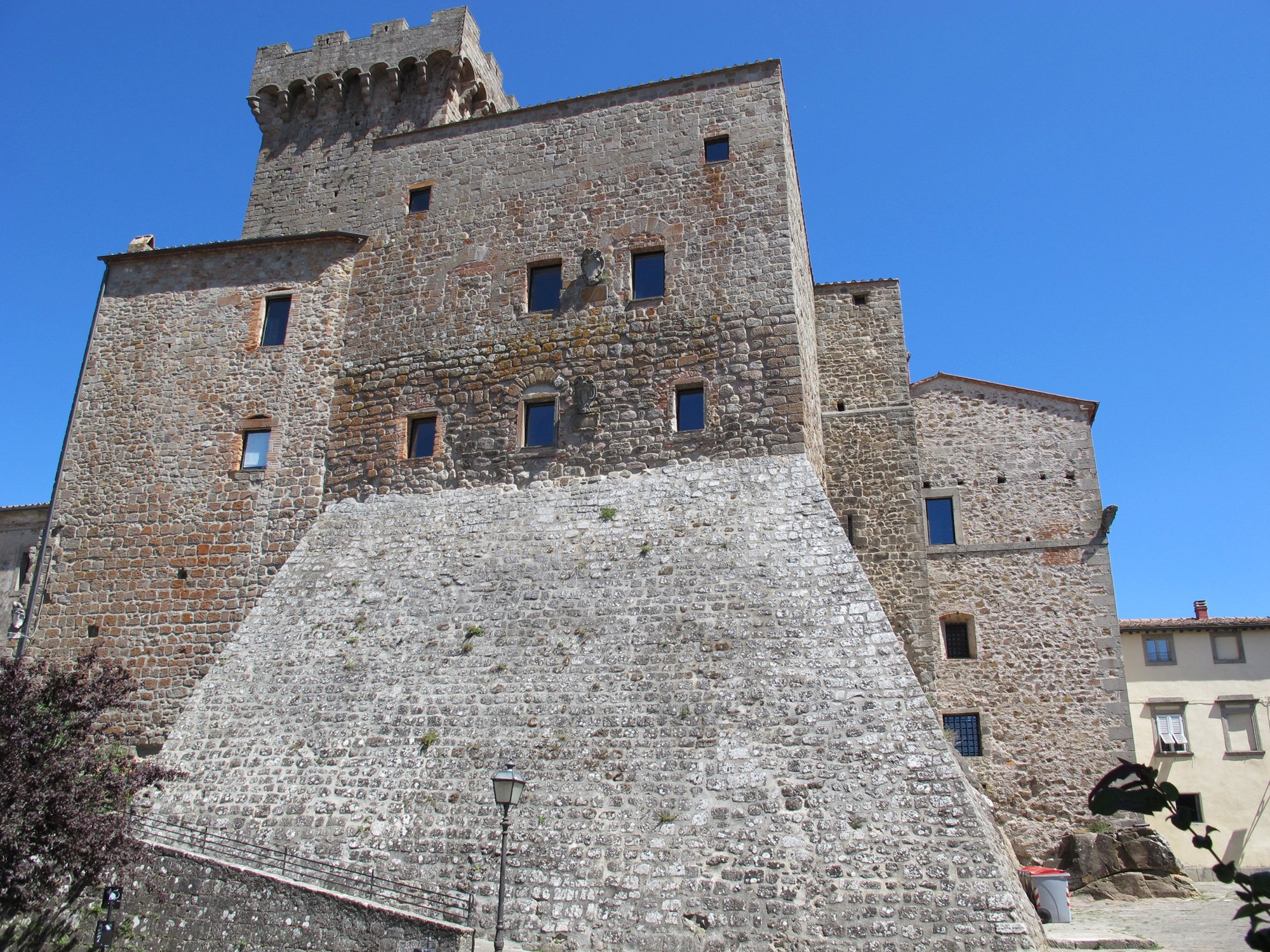 Covered in moss, this fortress is a little worse for wear, but it still casts an imposing shadow over Arcidosso and remains for all intents and purposes its historical heart and centre.

Built during the 10th century, most likely by the Aldobrandeschi family, the fortress has the honour of being the oldest building owned by the state government in all of suburban Italy.

This is something the locals of Arcidosso are quite proud of as almost all of Italy’s oldest castles aren’t state owned. Instead they all belong to the descendants of the families who built them or private buyers who bought them decades ago when the government was looking to pass on the restoration costs!

But back to the Rocca Aldobrandesca. After the 10th century, it was expanded to become a two-story building with watchtowers and crenellated walls. This clever design made it impossible to breach, until it was subjected to a relentless siege led by Guidoriccio da Fogliano in 1331. After breaking through the fortress walls, Guidoriccio took Arcidosso in the name of the Republic of Siena, much to the displeasure of the locals.

Today the Rocca Aldobrandesca is made up of two buildings that merge at an extremely tall tower. At the top of this tower the grey-brown stone facade is crowned by a series of blind arches resting on corbels, which form the base of the battlements above.

For a small fee, you can climb to the top of the tower and admire the beautiful views, which, on a good day, take in all of Arcidosso, the surrounding fields in the valley and all the way to the peak of Monte Amiata.

The castle itself is also open to curious explorers and is often used for cultural activities and events throughout the year.